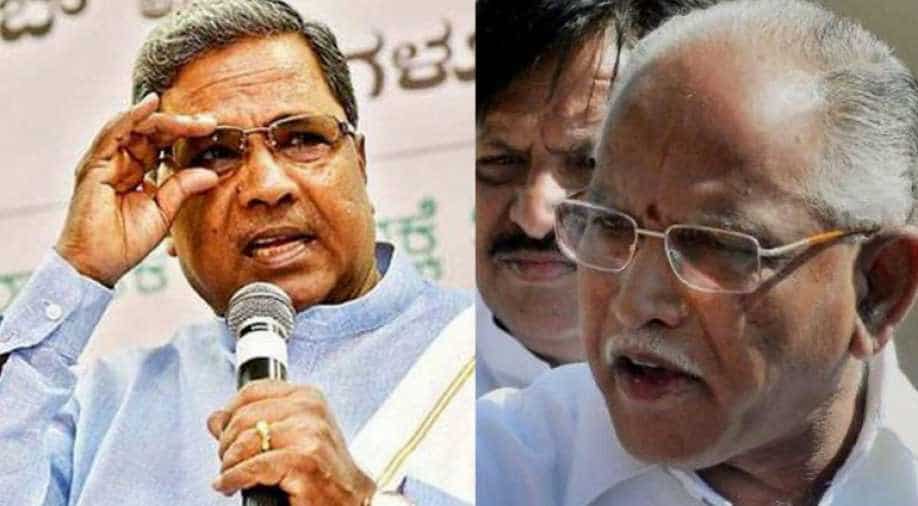 As the ballot boxes in Karnataka today, the fate of Congress chief minister Siddaramaiah and BJP's CM face Yeddyurappa will be decided by voters who exercised their franchise on Saturday.

On Saturday, the voter turnout in Karnataka was 72.36 which was a record, however, exit polls predict it would be a hung assembly.

The state which saw a heated poll campaign in the last two months between the BJP and the Congress became a battle of nerves as PM Modi joined the campaign trail in the last leg on May 1st addressing rallies in over 20 locations.

Although the Indian prime minister focused his campaign on Rahul Gandhi and the Congress, attacking Siddaramaiah's performance in the last five years, the country will finally get to know the verdict of the voters on Tuesday.

Siddaramaiah in his last tweet on May 9th had called on voters to pick "peace, stability & progress", asserting that his government had ensured a "stable government and delivered on our promises and developed the state."

"As I look back on the 5 years I feel a deep sense of fulfilment. I do have a list of things we could do better and a list of things that we need to do," he said in his tweet, adding,"I am looking forward to your love & support for doing more."

However, with chief minister Siddaramaiah declaring he may step aside if the Congress high command decided to field a Dalit CM has created quite a stir ahead of counting day.

BJP's Yeddyurappa on the other hand confidently declared ahead of polling day that the party is "headed towards a landslide victory."

The twist in the tale could be HD Deve Gowda led-Janata Dal (Secular) which may hold the crucial "trump card" if the election ends in a stalemate with neither the BJP or the Congress unable to cobble up a majority.

Rahul Gandhi had branded the JD(S) as the "B-team" of the BJP, the party which had won 40 seats in the 224-seat assembly in 2013 could once again surprise everyone and become a "kingmaker" as is being widely speculated.

The JD(S) strategy to target Dalits and Vokkaligas could help it to get crucial seats.

H D Kumaraswamy, Deve Gowda's son has led the campaign for his party and it remains to be seen if the party will see its finest hour today.