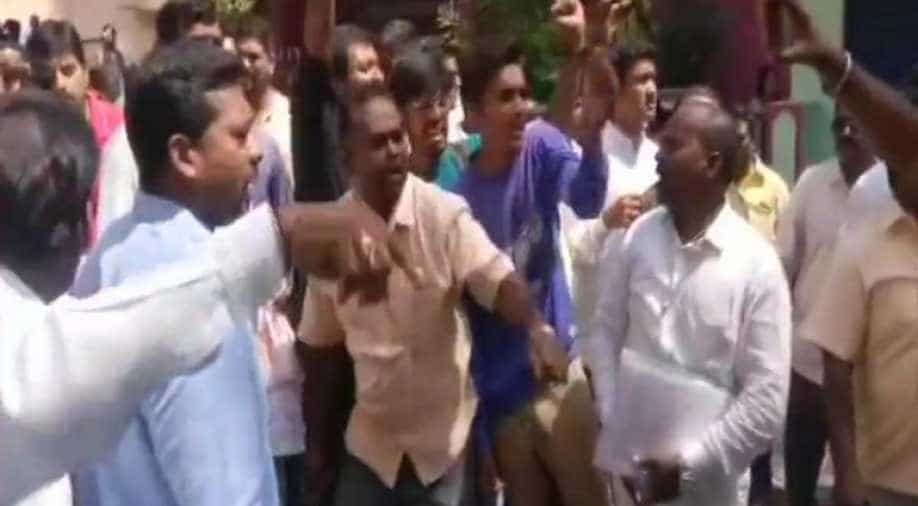 Clashes broke out between BJP and Congress workers outside a polling booth in Bengaluru's Hampi Nagar. Photograph:( ANI )

The clash between BJP and Congress workers took place within 100 meters of the booth, police said, adding that the matter is being investigated.

"It is a sensitive polling booth and the clash between BJP and Congress workers happened within 100 meters of the booth. We will investigate and take further action," Bengaluru District Commissioner P Ravi Channannavar said.

Polling at 58,546 polling stations across the state is underway for 222 out of 224 assembly seats.

The election in two constituencies, Jayanagar and RR Nagar, has been postponed.

A total of 2,654 candidates are in the fray and 4.96-crore electorates, including 2.44 crore women, are registered to cast their votes. Over 15 lakh people are first-time voters in the 18-19 age group.

The counting of votes and announcement of results will take place on May 15.