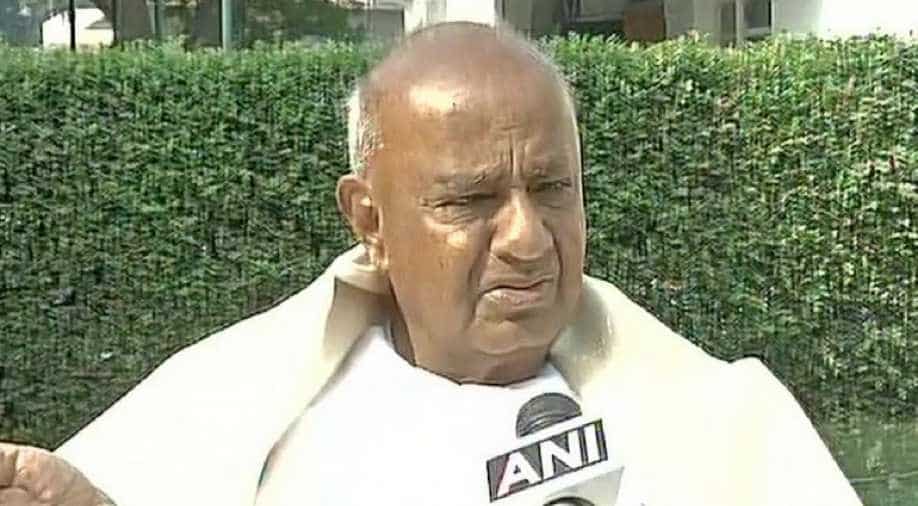 The JD(S) is currently leading in 37 seats and its real game will begin only once the final results are out.

The party is not winning the Karnataka elections with the full majority - a claim made by JD(S) leaders - but now playing a kingmaker as the electorate has given a split verdict.

This will make Deve Gowda an important player in the state politics once again.

Congress party has said that the JD(S) has accepted their support to form the government in Karnataka, with HD Kumaraswamy as the CM.

“We have had long telephonic conversations with both Mr Deve Gowda and Mr Kumaraswamy. And they have accepted. Hopefully, by this evening, we will go together to the Governor and give the letter to form the government,” said Ghulam Nabi Azad.

BJP is also reaching out to JD(S), party leader R Ashok is on his way to meet HD Deve Gowda.

With the JD(S) having had partnerships with both BJP and Congress in the past, it would be tough to predict which way it will go this time in the event of a hung House.

The last time there was a hung Assembly in Karnataka, it was during the 2004 state election when BJP emerged as the largest party in the state with 79 seats.

However, it failed to hit the majority mark of 113 in the 224-seat Assembly. This was a time when Siddaramaiah was still a JD(S) leader.

The Congress and JD(S), eager to seize control, decided to form the first coalition government in the history of Karnataka politics.