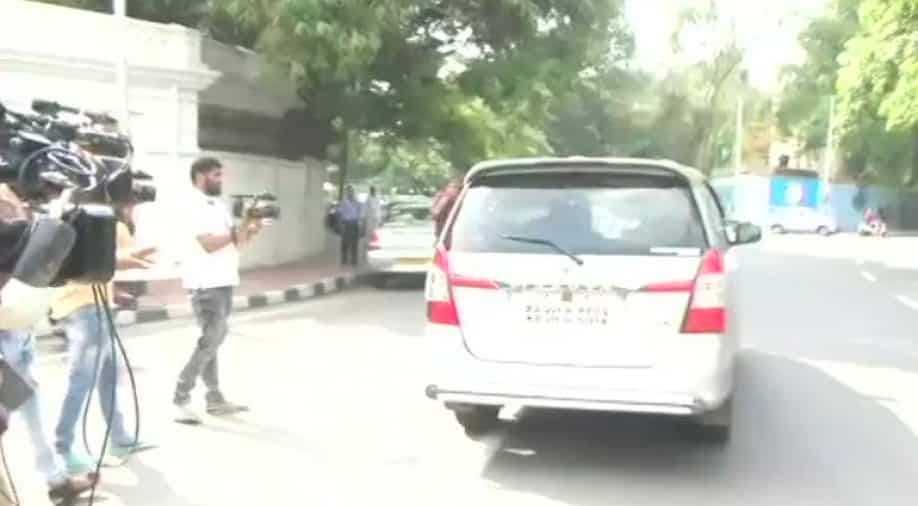 As results of the Karnataka assembly elections started pouring in, a Congress delegation which had gone to the Karnataka Governor Vajubhai Vala's house did not get entry and were turned back.

Meanwhile, JD(S) leader Danish Ali confirmed that the Congress had extended its support to the party which had accepted it. The JD(S) leader said that both parties would together meet the Governor after 5:30 pm today.

"JD(S) had always maintained that HD Kumaraswamy will be CM. As per results, we're doing everything to keep BJP out of power. Congress has extended its support, we have accepted it. We will jointly go to meet Governor after 5.30 pm today," Danish Ali said.

The JD(S) and the Congress have agreed on HD Kumaraswamy as the next chief minister should they form the government in Karnataka, news reports said Tuesday.

Siddaramaiah has submitted his resignation to the Karnataka Governor.

The halfway mark is 112 seats.

The BJP is leading in 106 seats, the Congress in 75, the JD(S)+ in 38, and Others 3, Official Election Commission trends at the moment state.

That would give the JD(S)-Congress a total of 113 seats.