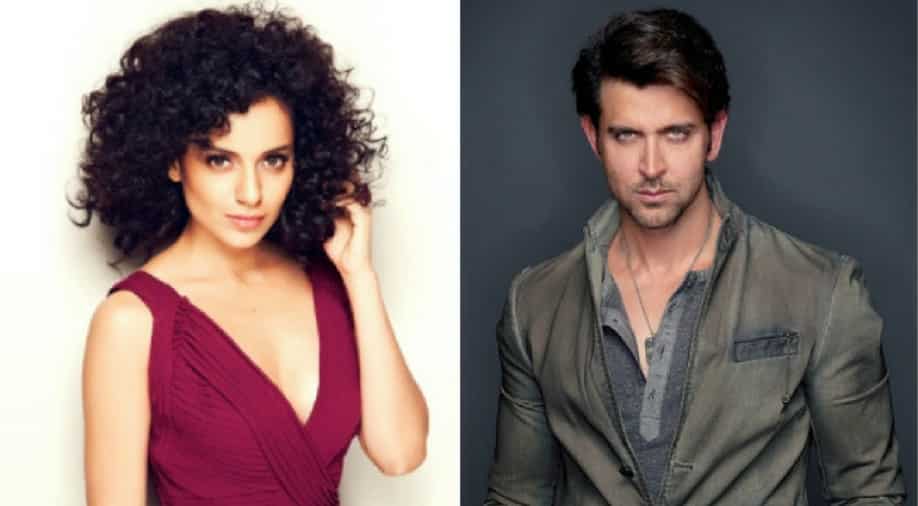 Kangana claims that Hrithik had broken up with her before the release of her movie Queen. After the movie made it big on box office, he came back to her apologising. Photograph:( DNA )

Kangana Ranaut has always made headlines.

This time around, appearing on Rajat Sharma's Aap Ki Adalat, she made more.

She talked about some big names -- including Karan Johar and Hrithik Roshan.

She accused Hrithik of being ???.

She claims that Hrithik's father, Rakesh Roshan, promised to resolve the matter by arranging a meeting between the two stars but never got back to her.

Kangana also said that she did not want to stay involved with the actor as he was married at the time. However, the actor kept coming back to her each time she delivered a successful movie. The 31-year-old claims that Hrithik had broken up with her before the release of her movie Queen. After the movie made it big on box office, he came back to her apologising.

#KanganaRanaut: @iHrithik came back to me post the success of Queen. Watch the entire #AapKiAdalat episode tonight at 10 @indiatvnews pic.twitter.com/93BA5mAg7W

Kangana, on several occasions, has claimed that the Bollywood industry is controlled by a small influential community. The host Rajat Sharma asked her why she challenges the film industry and takes out flaws when she is a part of it herself. To this, she has struggled to survive in the industry. "I don't want to change or shape the industry. But if I see something going wrong, I raise my voice against it," she said.

When asked about how she can call Karan Johar, a reputed director that the industry is scared of, a movie mafia, she simply said that "She is not scared of him,"

Even though the show has not been aired yet and only short clips have been released on Twitter, Kangana's daring and dauntless attitude has started to win hearts already.

Her fans turned to Twitter to applaud her unapologetic, intrepid approach.

#KanganaRanaut A bold, planned and prepared step.
Hard to hit Roshan family but the girl did shared some right facts.#HrithikRoshan

#KanganaRanaut #hats off to you #daring n courageous girl #keep it up. Will watch the whole programme@apki adalat

Stay tuned for the full episode tonight at 10 pm.