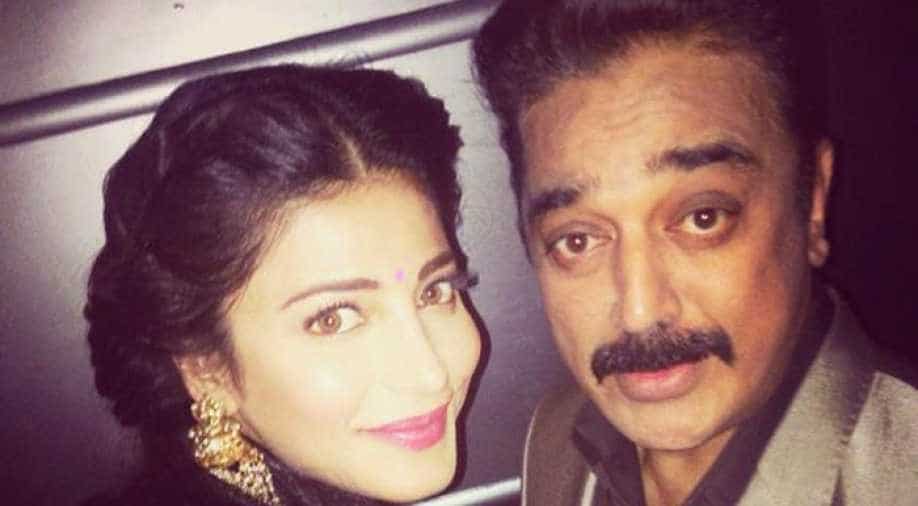 Actor-turned-politician Kamal Haasan has received massive criticism on social media over his stand against caste. The trolls went on to remind him of his daughter Shruti's reported remarks about her caste identity some years ago.

Mr Haasan's recent Twitter remarks that he had refused to fill in the caste and religion column in his daughters' school admission certificate, was asked if that alone could end caste issues.

"I refused to fill in the caste and religion column in both my daughters' school admission certificate. That's the only way, it will pass on to the next generation. Every individual should start contributing for progress. Kerala started implementing the same. Those who do should be celebrated," Mr Haasan had tweeted.

I refused to fill in the caste&religion column in both my daughters’ school admission certificate.That’s the only way,it will pass on to the next generation.Every individual shld start contributing fr progress.Kerala started implementing the same.Those who do shld be celebrated https://t.co/DLdTubcfW1

However, a Twitter user uploaded a segment of a TV interview by Shruti Haasan in which she appears to say she was an "Iyengar" (a Brahmin Vaishnavite sect).

"@ikamalhaasan ur attempts to abolish caste has totally failed sir despite you not filling in the school application. Start your reform from home sir. Not filling in caste is not a solution, bring the kids up in a way they don't know their caste #Hypocrite," wrote one user.

Shruti had "proudly" identified her father, her sister and herself to be "iyengar," another Twitter user said, adding "mere removal of the "poonool" (sacred thread-janevu) or tearing apart the caste certificate will not end caste."

Mr Haasan had made remarks about the sacred thread as well, saying it "affected" him.

Replying to a Twitter user's question on the 'Nool' (book in Tamil) that impacted him the most, the actor took to word play to say he was affected by 'poonool' the sacred thread.

His tweet in Tamil roughly translates to "there is one nool (thread) that I was affected most the poonool.. That is why I avoided it," he said.