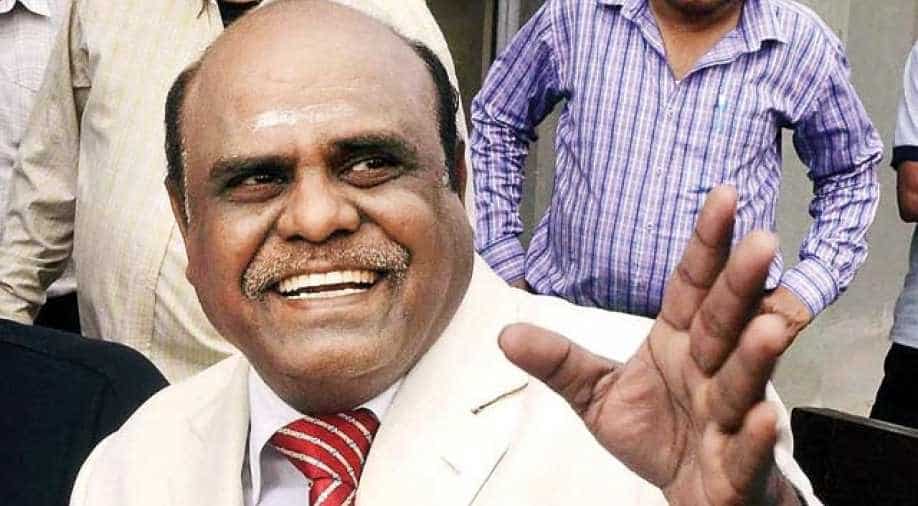 Former judge CS Karnan was jailed in July after Supreme Court charged him with contempt Photograph:(Zee News Network)
Follow Us

Justice (retd) C S Karnan, who was jailed for six months for contempt of court, has announced the launch of his political party on Wednesday.

Karnan said he would seek registration of his party ‘Anti-Corruption Dynamic Party’ soon. The party plans to field women in all 543 Lok Sabha constituencies in 2019.

According to Karnan, he is the founder president of the party and only women will contest.

Karnan hopes to sweep elections across the country.

Karnan was requested to be the only male candidate of the party and contest from Varanasi. However, he feels that even Varanasi should be contested by a woman. The decision to field women was taken as woman are discriminated against severely, he said and added that he has no plan to associate with the judiciary any longer.

If his party comes to power, Karnan plans to have a new PM every year. “We will have a Muslim woman as PM in 2019-20. The next year, it will be a woman from upper castes. In 1921-22, the position will be occupied by a woman from the backward classes and the next year, somebody from a denotified community,” he was quoted as saying in a media report.

Karnan, formerly of Calcutta High Court, was sentenced to six months’ jail for contempt by Supreme Court after accusing senior judges of corruption. This was his first public statement after his release.