Ranjan Gogoi sworn in as 46th Chief Justice of India 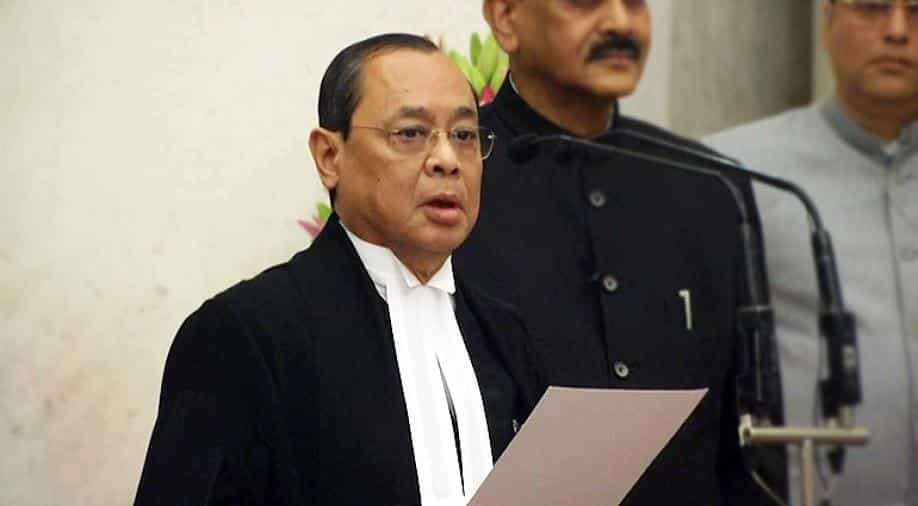 Gogoi is the first person from India's Northeast to assume the country's highest judicial office. He is thought of as a 'tough' judge.

Justice Ranjan Gogoi was on Wednesday sworn in as the 46th Chief Justice of India.

Gogoi is the first person from India's Northeast to assume the country's highest judicial office. He is thought of as a "tough" judge.

Gogoi had made headlines earlier this year when he, along with three of the Supreme Court's seniormost judges, had held an unprecedented press conference. The four judges had at the time hinted to the media that they were unhappy with the way things were being run at the Supreme Court, and that they worried that "democracy was in danger".

The judges had hinted that they were not happy with the way cases were being assigned in the country's highest court. The assigning of cases in the Supreme Court is the Chief Justice's purview.

Gogoi had said last week that tackling pending cases would be a priority during his 13-month-long tenure as CJI.

While Gogoi is yet to reveal his "plan" to tackle pending cases, there are 3.18 crore of them at the moment, he has had resounding success in bridging the gap between the government and public in terms of the distribution of welfare schemes.

As Executive Chairman of National Legal Service Authority (NALSA), Justice Gogoi spearheaded the program to hold legal service camps across the country wherein government departments set up stalls to highlight various welfare schemes and also made them available for the masses.

A recent report released by NALSA said that around 43 lakh people have benefited from the camp.

Justice Gogoi has also been heading a bench in the apex court that is monitoring the preparation of the National Register of Citizens (NRC) in his home state Assam. The bench has been supervising the process of updating the NRC, prepared to identify residents of the state and weed out illegal migrants.

As CJI, Justice Gogoi will also be heading the bench of the top court that, for the first time in its history, will face a camera inside courtroom for live-streaming of the proceedings.

The pilot project aimed at bringing "transparency and accountability" to the judicial process will initially live-stream only cases of national and constitutional importance.

Gogoi has also been overseeing the case relating to setting up of special courts across the country to exclusively hear and decide on criminal cases against sitting Members of Parliament and State Assemblies.