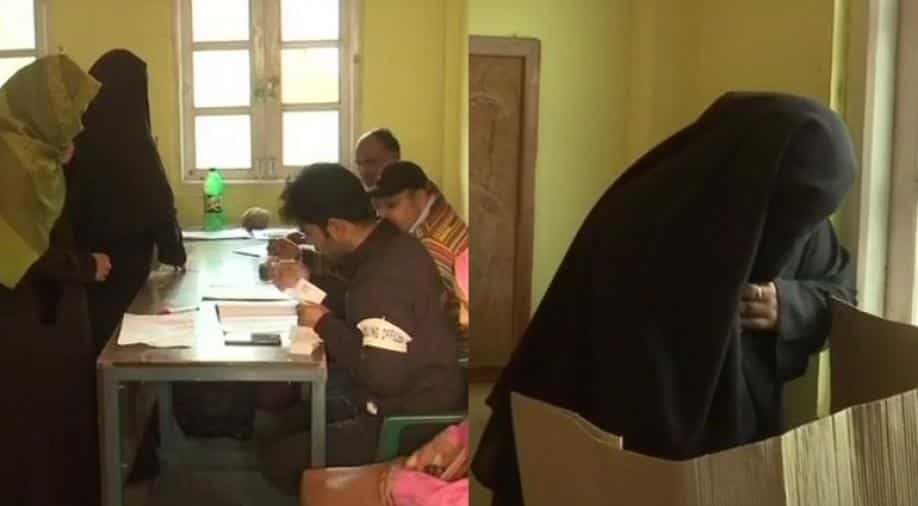 Voting for the third phase of urban local body polls is underway in Kashmir amid the tight security arrangement by election authorities.

The polling began at 6 am and expected to conclude at 4 pm, PTI reported.

At least 2 lakh 35 thousand voters are expected to exercise their franchise in the third phase of the polls.

Of the 40 wards going to polls on Saturday, 20 falls in Srinagar city's downtown area, where the voter turnout has been generally low since the eruption of militancy in the state in 1989.

Ten other wards in the civil lines area of the city, where polling will be held on Saturday, are Lal Chowk, Rajbagh, Ikhrajpora, Mehjoor Nagar, Natipora, Chanapora, Budshah Nagar, Baghat Barzulla, Hyderpora and Rawalpora.

The voting for the second phase of the urban local body polls in Jammu and Kashmir took place on Wednesday. The polls received about 80 per cent of voter turnout in Jammu while it was 3.4 per cent came out to vote in Kashmir.

The four-phase urban local body elections began on October 8 and will end on October 16.

Meanwhile, the National Conference, the PDP and the CPI(M) have boycotted the polls due to the legal challenge to Article 35-A of the Constitution in the Supreme Court.