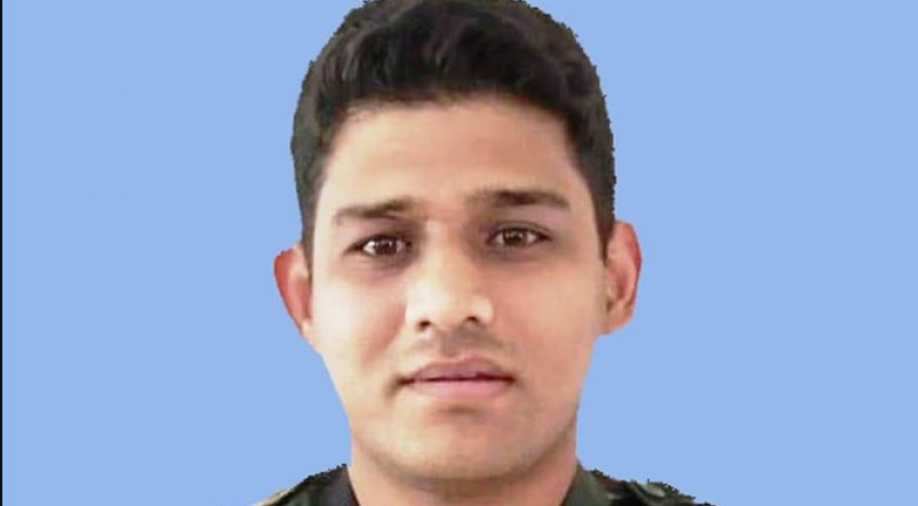 According to reports, the IED was planted around 1.5 kilometres inside the Line of Control (LoC) in Rajouri district's Naushera sector.

A Major-rank Army officer was killed in Jammu and Kashmir's Rajouri district on Saturday while trying to defuse an Improvised Explosive Device (IED) planted by terrorists, news agency ANI reported.

The officer was from the Corps of Engineers. According to reports, the IED was planted around 1.5 kilometres inside the Line of Control (LoC) in Rajouri district's Naushera sector.

Major Chitresh Singh Bisht, leading the Bomb Disposal Team in Naushera sector, defused one of the mines successfully. While neutralizing another mine, the device got activated. The officer suffered grievous injuries and succumbed to them.

Major Chitresh Singh Bisht hailed from Dehradun, Uttarakhand. During the sanitisation of track in Naushera Sector, mines were detected on the track, ANI reported.

The incident comes just a couple of days after a ghastly terror attack killed over 40 CRPF soldiers in Jammu and Kashmir's Pulwama on Thursday. The attack is billed as the worst terror attack on security forces in the state.

Meanwhile, an all-party meeting called by Centre to deliberate upon the situations arising out of Pulwama terror attack in Jammu and Kashmir passed a resolution strongly condemning the ''dastardly terror act''.

The Major-rank army officer was killed while defusing an Improvised Explosive Device (IED) which had been planted by terrorists. The officer is from the Corps of Engineers. The IED was planted 1.5 kms inside the Line of Control in the Naushera sector, Rajouri district, in J&K https://t.co/ZyWFS9RbWR

The meeting chaired by Home Minister Rajnath Singh released the resolution which read, "We strongly condemn the dastardly terror act of 14th February at Pulwama in J&K in which lives of 40 brave jawans of CRPF were lost".

The resolution did not name Pakistan but asserted that India has been facing the menace of the cross-border terrorism which of late, it added, is being actively encouraged by forces from the neighbouring country.

"India has displayed both firmness and resilience in dealing with these challenges. The entire nation speaks in one voice to express its determination to fight these challenges. Today, we stand united in solidarity with our security forces in fighting terrorism and in defending the unity and integrity of India," it said.

Over 40 CRPF personnel were killed when a Jaish-e-Mohammad (JeM) terrorist rammed a vehicle carrying over massive explosives into their bus on Srinagar-Jammu national highway on Thursday at around 3.15 pm at Ladhu Modi Lethpora. The convoy consisted of 78 buses in which around 2,500 CRPF personnel were travelling from Jammu to Srinagar.

Following the attack, India on Friday announced the withdrawal of Most Favoured Nation (MFN) status to Pakistan. New Delhi had granted MFN status to Pakistan in 1996, a year after the formation of the World Trade Organisation (WTO), but Pakistan never reciprocated.

Sources told WION that Jaish-e-Mohammad terrorists responsible for the ghastly terror attack in Jammu and Kashmir's Pulwama have been identified as Rashid Ghazi and Kamran, the main commanders of the terror outfit.

Both, Ghazi and Kamran, are believed to be located in and around Jammu and Kashmir's Tral. The duo is believed to have trained Adil Ahmad Dar, who carried out the terror attack on Thursday.