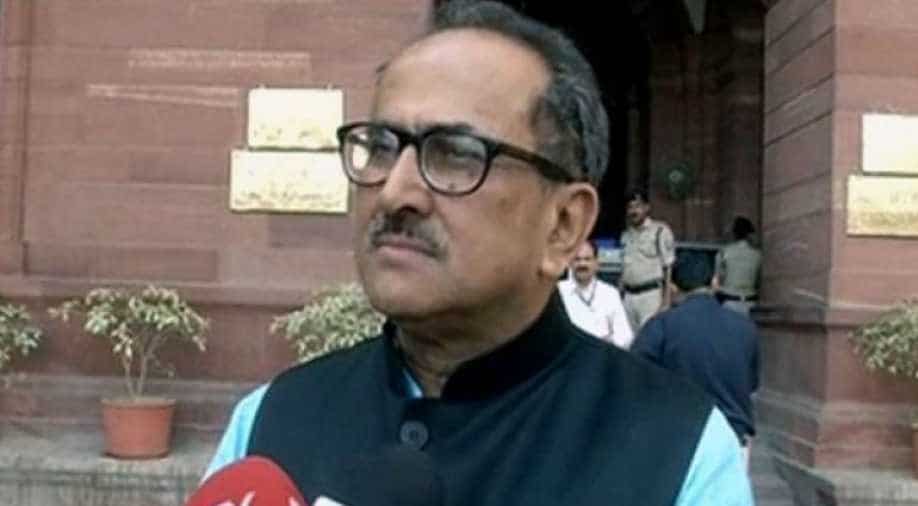 Jammu and Kashmir's state cabinet will undergo a reshuffle on Monday. Deputy Chief Minister Nirmal Singh noted on Saturday that the PDP-BJP alliance government will undertake a cabinet reshuffle on April 30.

According to Singh, the reshuffle would see the induction of some new ministers.

"The oath ceremony will take place at 12 noon on April 30," Singh noted.

The list of the inductees is yet to be finalised, shared Singh.

As per reports, a couple of ministers of state (MosS) may get elevated to the Cabinet rank.

The BJP's state cadre had held a meeting with party's top officials in New Delhi last Sunday to discuss and finalise new inductees and to assess the performance of the current state ministers.

On April 17, nine state ministers from Jammu and Kashmir were asked to step down to enable the party to bring in new faces in the Mufti cabinet.

The BJP has been experiencing pressure mounting over its ministers, Lal Singh and Chander Prakash Gangam, who allegedly supported the accused in the Kathua rape and murder case.

The J&K cabinet can have a maximum of 25 ministers, including the chief minister. While 14 portfolios rest with the PDP, the BJP holds the remaining.