Jews in India never witnessed antisemitism like in some other countries: Netanyahu 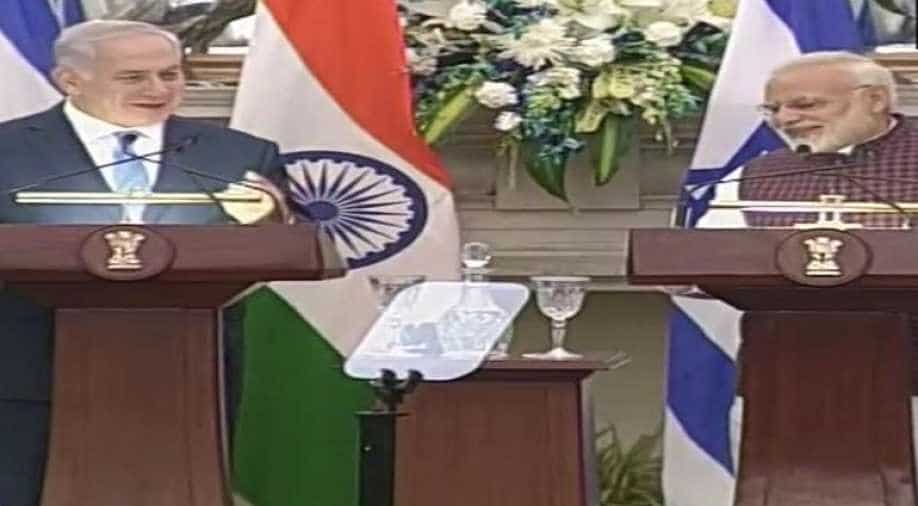 ''Jews in India have never witnessed antisemitism like in some other countries, this is a tribute to India's great civilization, tolerance and democracy,'' Netanyahu said during a joint press conference with his Indian counterpart Narendra Modi on the second day of his India visit.

He also praised Modi's Israel visit and said that the Indian prime minister excited all Israelis and many Israelis of Indian descent.

Describing Modi's visit to the country as groundbreaking, he said it was the first time an Indian leader visited Israel.

''It (PM Modi's visit to Israel) excited all Israelis and of course many Israelis of Indian descent and origin came. Well, I thought I was at a rock concert. But it was a historic event,'' he said commenting on Modi's visit to his country.

The Israeli PM also promised to fight terror on the occasion.

''We remember the horrific savagery in Mumbai (26/11 attacks), we will never give in and will fight back,'' he said.

Speaking on the occasion, Prime Minister Modi said that in Prime Minister Netanyahu, he has a counterpart who is equally committed to taking the India-Israel relationship to soaring new heights.

''In Defence, I have invited Israeli companies to take advantage of the liberalized FDI regime to make more in India with our companies,'' Modi said.

The two prime ministers, accompanied by their respective senior Cabinet colleagues, held delegation-level talks during which they also discussed regional and international issues of mutual interest.

Apart from a pact on cybersecurity, the agreements included cooperation in the oil and gas sector, film-co- production as well as amendments to an air transport pact.

Netanyahu, who arrived here yesterday, will also visit Ahmedabad and Mumbai during his six-day stay in India.