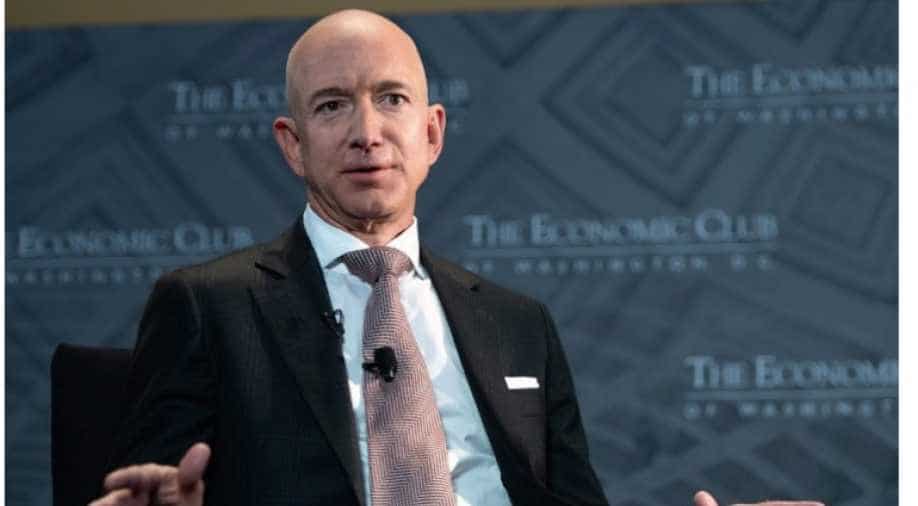 Bezos will appear on stage at Amazon’s Smbhav event for a fireside chat alongside Amit Agarwal, who heads Amazon’s India operations.

Amazon CEO Jeff Bezos who is in India for an annual Amazon event yesterday visited the Mahatma Gandhi memorial in New Delhi.

Bezos posted a video where he can be seen in a white kurta and an orange half-jacket, carrying a colourful wreath of flowers on the lawns of the memorial at Raj Ghat.

Just landed in India and spent a beautiful afternoon paying my respects to someone who truly changed the world. “Live as if you were to die tomorrow. Learn as if you were to live forever." - Mahatma Gandhi. pic.twitter.com/xDXAT9cBgf

The e-retailer giant's chief executive's visit to India comes at a time when the country's anti-trust body competition commission of India is looking into alleged unfair practices by Amazon and Walmart's Flipkart.

Bezos will appear on stage at Amazon’s Smbhav event for a fireside chat alongside Amit Agarwal, who heads amazon’s India operations.

According to the sources, Bezos has also sought meetings with Prime Minister Narendra Modi and other government officials.

Meanwhile, a complaint by the Delhi Vyapar Mahasangh, whose members include thousands of traders dealing in smartphones and related accessories. Have accused amazon of anti-competitive practices like preferential listing, exclusive tie-ups and private labels.

The traders have said they will hold a massive protest during Bezos' visit to India.

The Confederation of All India Traders (CAIT), an organisation representing 70 million physical retailers, said it will dissent across 300 cities during Bezos' stay in the nation.

CAIT has since 2015 pursued a fight against online retailers Amazon and Walmart-controlled Flipkart, blaming them for profound limits and spurning India's foreign investment rules.

Both the retail conglomerates have denied the claims.