Jayalalithaa is dead and Karunanidhi is ill; I will fill the vacuum in TN politics: Rajinikanth 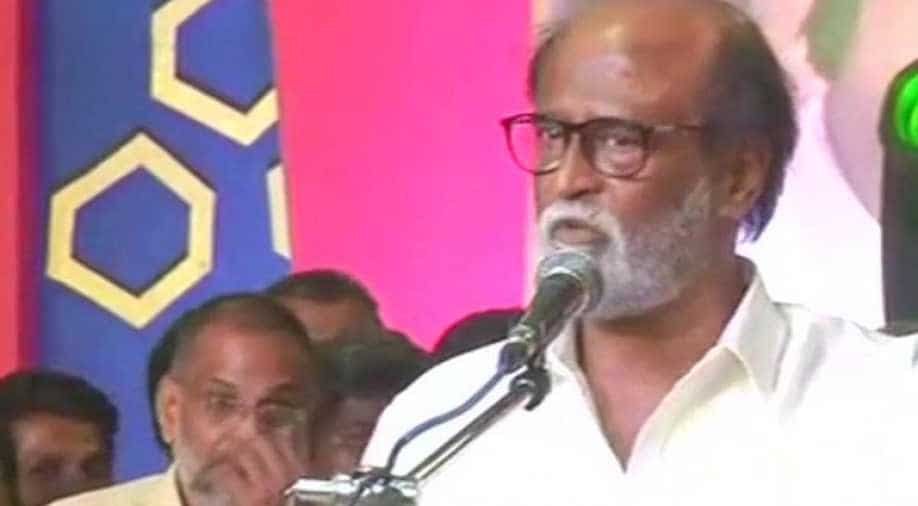 Rajinikanth addressed the students at the institute and said god is on his side and he can give governance to the people of Tamil Nadu amidst the struggle and hurdles.

This was his first public address since his political entry in December last year.

Lamenting the lacunae in leadership in Tamil Nadu, Rajinikanth said that he was bound to enter politics because of the lack of strong leadership.

The present government and politicians are asking why are actors leaving their makeup and coming to take over their jobs as politicians. I am 67 years now, since you are not doing your duty I am stepping in: Rajinikanth in Chennai pic.twitter.com/a6fbBguwfX

"People ask me why are you entering politics now? Why not when Jayalalithaa was alive. Everybody knows what happened in 1996, nobody needs to be reminded. I can stand on my own. Yes, I'm coming now because there is a leadership vacuum in Tamilnadu. Jayalalithaa is not there and Karunanidhi has advanced in years. There is vacuum now. That's why I'm coming. To give leadership," Rajinikanth said.

Reminiscing about his interactions with the late leader MGR, Rajinikanth recalled he was fond of the poorest of the poor people and was always a philanthropist even when he wasn't in politics. He said he has learnt about politics from MGR. He praised MGR while promising to fill the vacuum created by his and Jayalalithaa's demise at the same time.

Rajinikanth said that he knows that this political journey will not be easy for him as criticism has already begun to pour in, just like how people criticise films at their release. He also said that he is ready to work with like-minded people to give the best-possible version of governance to the poor people of Tamil Nadu.

He said that he doesn't expect people to roll out a red carpet for him and is ready to make the journey.