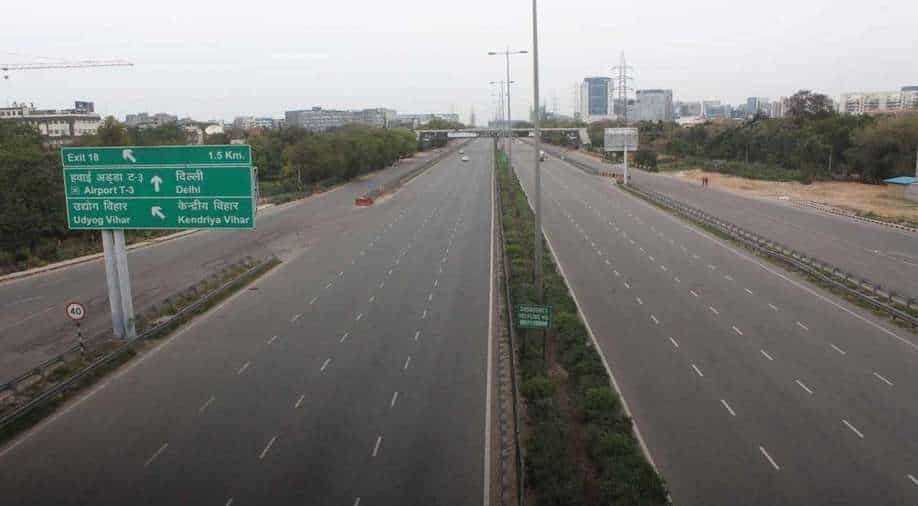 Since the 14 hour-long 'janata curfew' on March 22, 2020, announced by Modi "for the people, by the people", there has been no looking back in India's fight against COVID-19 to control the virus.

It has been a year since India's 1.3 billion people responded positively to Prime Minister Narendra Modi's call for a 'janata curfew' to break the chain of novel coronavirus, which had then started to spread in some parts of the country.

Modi subsequently announced a 21-day nationwide lockdown effective from the intervening night of March 24 and 25.

Soon, the Ministry of Home Affairs (MHA) issued its first guidelines clarifying about services to be exempted from the lockdown that include those involved in essential services like health and sanitary workers, police, food stores, vegetable vendors and pharmacies.

However, markets, malls, cinema halls, barbar shops, swimming polls were ordered to remain shut and there was complete ban on outdoor activities like public gatherings, visit to religious places and sports events.

As the lockdown was announced suddenly with people getting less than four hours to put their things in place or travel to places as they desired, a humanitarian crisis had emerged when thousands of people, mostly migrant workers, started returning to their homes on foot.

With stories and pictures of exhausted, hungry, thirsty people, who were desperate to reach homes even walking hundreds of kilometres, started appearing in media, government issued advisories to the state government to make arrangements for their food and shelter.

The MHA even allowed the state governments to use the National Disaster Response Funds as emergency measures to help the migrant workers who were trying to travel from places like as far away Gujarat to Assam or Tamil Nadu to Uttar Pradesh.

Many voluntary organisations also came out to help the migrant workers by providing them food and shelter on the way.

While some state governments arranged buses for the transport of their people, the MHA allowed the Railways to run special trains for the convenience of the migrants from their places of work to the home states.

Tragedy also struck in between as over 100 people lost their lives in road accidents while a few others, who were taking rest on the track after long walk, were mowed down by the trains.

Delhi's Nizamuddin was in the news for wrong reasons as it emerged as one of the coronavirus 'hotspots' after a large number of attendees at a religious congregation called 'Tablighi Jaamat' tested positive.

After three weeks, the lockdown was further extended till May 3 with the ever increasing number of COVID-19 cases.

On April 20, the MHA allowed the e-commerce, agriculture industry to resume functioning along with farm activities, construction of roads and buildings in the hinterland which has so far been less affected by the coronavirus, giving much needed relief to many.

On April 25, the government allowed shops, including those located in residential complexes within municipal areas, to remain open at a 50 per cent strength.

Lockdown was further extended till May 17 and subsequently till May 31 with considerable relaxation in the districts falling in the green and orange zones -- those areas where relatively low cases were reported.

All red zones or COVID hotspot districts continue to stay under strict lockdown.

From June 1, the MHA announced phased reopening process terming it as 'Unlock-1' with activities like visit to religious places, opening of hotels, restaurants and other hospitality services and shopping malls allowing to function from June 8, after 75 days of strict lockdown.

From July 1, the central government announced 'Unlock 2' where limited domestic and international flights and train services allowed in calibrated way.

The third phase of Unlock came into force from August 1 with the MHA allowing gymnasiums and yoga centres to function, and revoking the night curfew order.

After remaining shut for six months, schools located outside containment zones were partially allowed to reopen to enable students studying in classes 9 to 12 to visit their institutions on a voluntary basis for taking guidance from their teachers in September.

On September 30, the MHA announced allowing more activities in areas outside the containment zones that include opening up cinemas, theatres and multiplexes with up to 50 per cent of their seating capacity from October 15.

The state and union territory governments were given the flexibility to take a decision on re-opening of schools and coaching institutions after October 15 in a graded manner.

The government also allowed political gatherings as assembly elections in Bihar was supposed to be held on October 28 with attendance of a maximum of 200 people in a close space or hall and in an open space depending on its size.

On November 25, the MHA allowed the states and union territories to impose local restrictions like night curfew to check the spread of COVID-19 as many states witnessing spurt in coronavirus cases.

The Centre, however, made it clear that the states will have to consult the central government before imposing any lockdown outside the containment zones.

On December 28, the MHA said even though COVID-19 cases decreasing, there is a need to maintain surveillance, containment and caution, keeping in view the surge in the number of cases globally and the emergence of a new variant of the virus in the UK.

On January 27, the government allowed cinema halls and theatres to operate with more people while swimming pools have been permitted for use by all.

As vaccination campaign has started, the MHA in a fresh advisory on February 26 advised the states and union territories to speed up the vaccination of the target population so as to break the chain of transmission and overcome the pandemic.

Amid a spike in COVID-19 cases in some parts of the country, the Centre Tuesday asked all states and union territories to increase RT-PCR tests, strictly enforce test-track-treat protocol and speed up the pace of vaccination to cover all priority groups.

Issuing fresh guidelines for April, the home ministry said keeping in view the fresh surge in COVID-19 cases, the new positive cases, detected as a result of intensive testing, need to be isolated or quarantined at the earliest and provided timely treatment.

The state governments and union territory administrations should strictly enforce the test-track-treat protocol in all parts of the country, ensure observance of COVID-19-appropriate behaviour by everyone and, scale up the vaccination drive to cover all the target groups, the guidelines said.

All contacts have to be traced at the earliest, and similarly isolated and quarantined, it said.