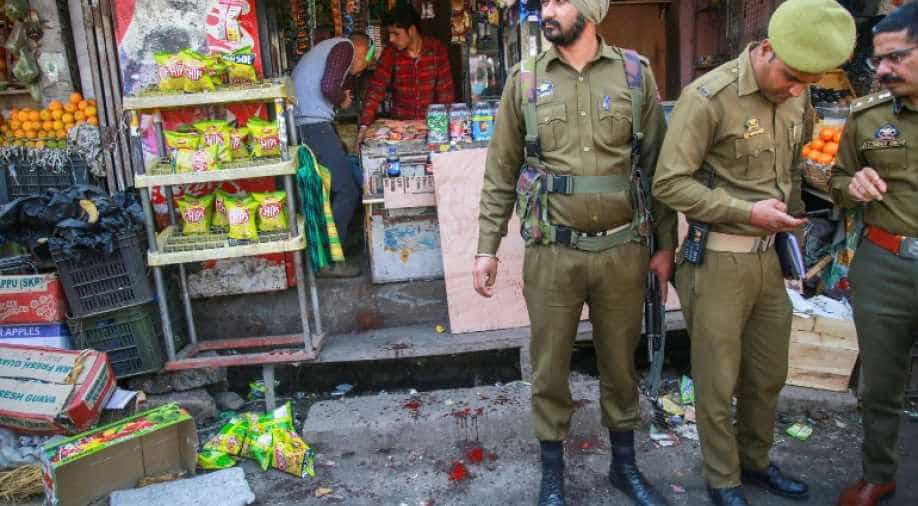 IGP Jammu Manish K Sinha on Thursday briefed media on the identity of the perpetrator of the grenade blast at a bus stand that took place in Jammu earlier in the day.

Sinha stated that Bhatt has confessed to the crime.

"Teams were constituted to work on leads, CCTV camera footage examined, based on oral testimony of witnesses we were able to identify a suspect. He was detained, his name is Yasir Bhatt, he has confessed to the crime," Sinha added.

Jammu and Kashmir Governor Satya Pal Malik, on Thursday, announced an ex-gratia of Rs 5 lakh to the kin of the deceased and Rs 20,000 each to those injured in the attack. At least 30 people have been reported injured in the grenade attack that took place on Thursday noon.

Meanwhile, IGP Jammu Zone on Thursday tweeted out informing of a casualty in the blast. The person killed was identified as 17-year-old Md Sharik.

"Sad to inform that Md Sharik (in pic) s/o Intijar R/o Toda, Kalyanpur, Ahatmal, Haridwar, Uttarakhand, age 17 years succumbed to the injuries that he suffered in the grenade blast at Jammu Bus Stand on 7.3.19," the tweet read.

"Seems like the grenade has been launched from outside. It possibly had rolled beneath a bus injuring many people", Sinha told media.

The injured have been admitted to the nearest hospital with at least 3 people in critical condition.

The blast, which came just three weeks after the ghastly terror attack on CRPF convoy in Jammu and Kashmir's Pulwama district, is being described as the third grenade attack in the bus stand area of the city since May last year.