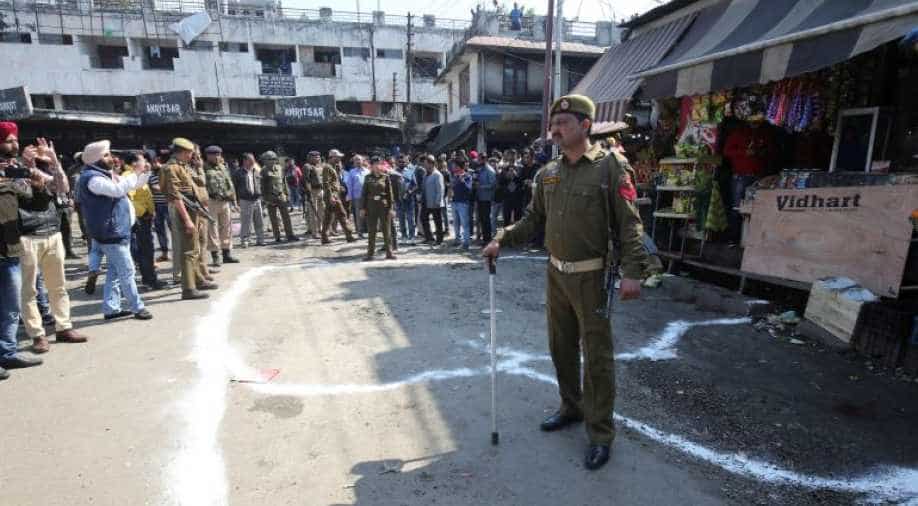 Jammu and Kashmir Police on Thursday said the suspected perpetrator of the grenade blast at a bus stand has been arrested. DGP Dilbagh Singh shared the information with news agency ANI.

Meanwhile, IGP Jammu Zone on Thursday tweeted out informing of a casualty in the grenade blast that took place at Jammu bus stand earlier in the day.

The person killed has been identified as 17-year-old Md Sharik.

"Sad to inform that Md Sharik (in pic) s/o Intijar R/o Toda, Kalyanpur, Ahatmal, Haridwar, Uttarakhand, age 17 years succumbed to the injuries that he suffered in the grenade blast at Jammu Bus Stand on 7.3.19," the tweet read.

The blast took place at a bus stand in Jammu and Kashmir (J&K) earlier today.

"Seems like the grenade has been launched from outside. It possibly had rolled beneath a bus injuring many people", Sinha told media.

#JammuAndKashmir DGP Dilbagh Singh: The person who threw the grenade at the Jammu bus stand earlier today, has been arrested. pic.twitter.com/UtoN9uVfLW

As many as 28 people have been reported injured in the blast that is being described as the third grenade attack in the bus stand area of the city since May last year.

The injured have been admitted to the nearest hospital with at least 3 people in critical condition.

MoS Defence Subhash Bhamre said that, "a local investigation has been initiated into the incident. The government has already given complete liberty to the forces to take all necessary steps".

The blast site, along the BC road, was sealed off by the police while a search operation to nab the perpetrator has been sounded. No one has claimed the responsibility of the attack yet, more details are awaited.

On December 28-29 last year, suspected terrorists carried out a grenade attack on the bus stand with the intention to target the local police station building, an attack which took place seven months after another grenade attack along the BC Road left two policemen and a civilian injured on May 24, 2018.