Jammu and Kashmir's biggest Yoga centre to come up in Udhampur 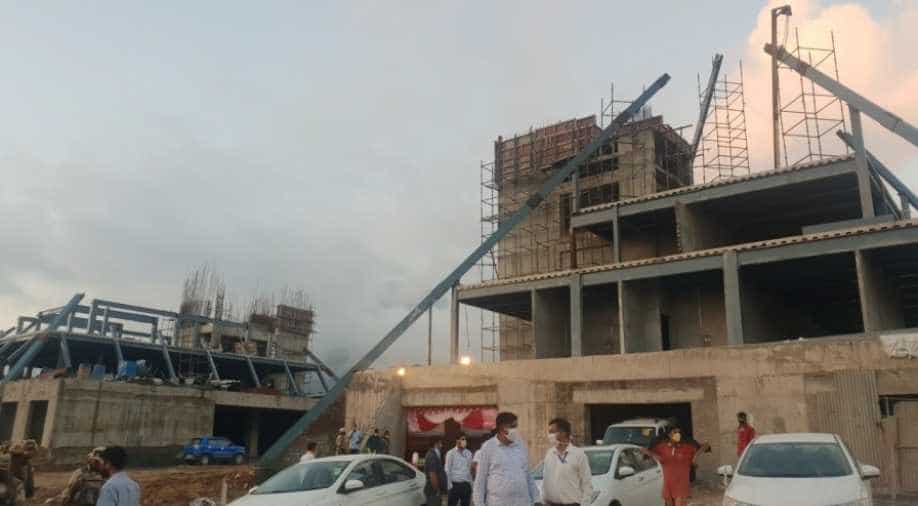 What is interesting is the place that was once famous for Dhirendra Brahmachari's Yoga center Aparna. He was also Yoga teacher of former prime minister Indira Gandhi.

Jammu and Kashmir's biggest Yoga centre is all set to be built in Udhampur's Mantalai. It is being built by National Projects Construction Corporation (NPCC) and is expected to be completed by March 2021. The total cost of the project is Rs 9,782 lakh.

What is interesting is the place that was once famous for Dhirendra Brahmachari's Yoga center Aparna. He was also Yoga teacher of former prime minister Indira Gandhi. After Brahmachari's death, the property was taken over by the government of the erstwhile state of Jammu and Kashmir.

Deputy commissioner Udhampur Dr Piyush Singla told WION, "Yoga is part of life. Mantalai area has been famous for Yoga activities because of Dhirender Bhramchari. To give a fillip to area, the government launched international Mantalai Yoga centre. The centre will give a filip to religious and tourist destination."

When it comes to Mantalai Yoga centre, a pyramid shaped mega structure is being built. Other than that, houses for tourist, meditation pods, dinning block, helipad are other few projects that are coming up. The Yoga centre is part of a larger project -- integrated development of tourism facility in Mantalai, Sudh Mahadev and Patni Top".

At Sudh Mahadev, a cafeteria has been built and at Patni top, a convention centre will be built under the project.

KR Rana, Project management, NPCC who is executing the project said, "The focus is to get tourists. We are trying to expedite the project."

The land for the project was handed over in November 2017 by the then state government. It was to be completed in 36 months, which is November 2020 but got delayed due to COVID crisis.

In long term, the focus will continue to be at connecting the Yoga centre in Udhampur to Vaishno Devi Shrine in Katra, Jammu.

The Yoga centre, spa area and treatment center can together have 60-70 people at any given time.