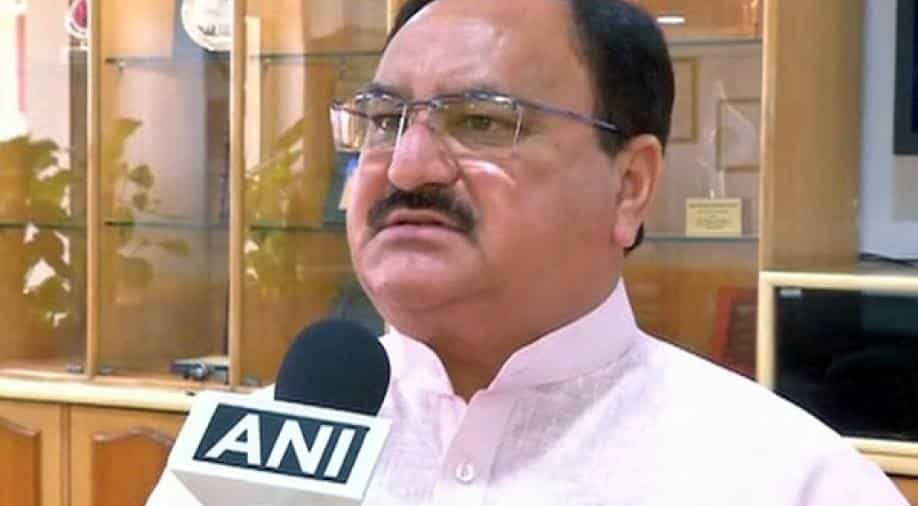 During his address, Nadda said while in Opposition, he had got the award of best parliamentarian.

BJP working president Jagat Prakash Nadda Monday sought the cooperation of the Opposition to run the House smoothly, saying disruptions affect them the most.

Initiating a debate on the Motion of Thanks to the President's address in Rajya Sabha, Nadda said the government wants not just 'Sabka Saath Sabka Vikas' (development and cooperation of all) but also 'Sabka Vishwas' (everybody's trust or faith).

Nadda said, "We should agree to disagree in the House. But we should not disagree just for the sake of disagreement. I appeal. I need all of your support. There were many disruptions in the House in the past. This (disruption affects) the opposition the most".

Outlining the direction of newly formed Modi 2.0, he told the House that this government would work toward improving ease of living in the next five years to further reach out to the commoners in the country.

During his address, Nadda said while in Opposition, he had got the award of the best parliamentarian.

He said the government's focus would be on poor, women and youth in the next five years.

On Prime Minister Narendra Modi getting several international awards, he said: "These are all awards for India. Now India is not just a spectator but also a player in the international scene".

Seconding the motion, BJP member Sampatiya Uikey lauded the NDA government for working for women's progress and improving their lives through various social sector schemes and policies during the past five years.