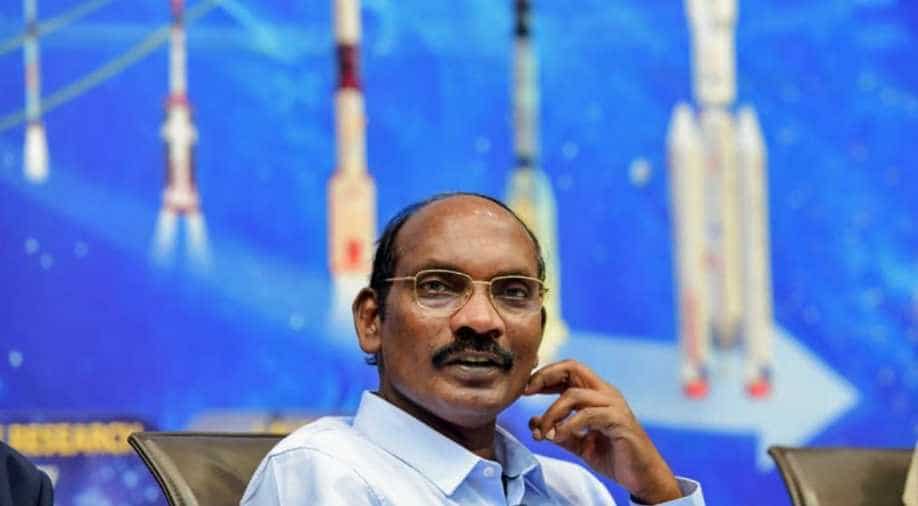 In this file photo, ISRO Chairman Dr. K. Sivan can be seen during a press conference. Photograph:( PTI )

ISRO will also be harnessing artificial intelligence, machine learning and big data analysis to make better use of data from satellites in order to cater to the understanding of earth’s resources.

The Indian Space Research Organisation (ISRO) is working on nearly 50 futuristic, innovative technologies that will cater to the country’s technological needs in the coming decades.

Some of the technologies include quantum communications, space debris mitigation technologies, robotic arms, interplanetary rovers etc. Top officials of the space agency enlisted these technologies at the Inaugural session of the ISRO’s Directorate of Technology Development and Innovation (DTDI) conclave.

Speaking at the event, Dr K. Sivan, chairman, ISRO, said that DTDI was formed as a dedicated Directorate at ISRO headquarters to sow the seeds of futuristic and disruptive technology for the space sector.

He added that the technologies were being developed based on the global trends and  SWOT analysis of their possible applications. ISRO, the Indian industry and academia would be collaborating and investing their resources to realise these technologies, said Dr Sivan who also serves as secretary, department of space.

With space debris from destroyed satellites, overpopulation of space by defunct satellites and active ones, spent rocket stages being a major concern, there is a growing need for mitigating this challenge.

A global effort is underway to maximise the operations of re-usable rockets, enable in-space refuelling, servicing of satellites, minimising, collecting and removing space debris and develop materials that don’t pose a long threat to other space assets It is in that context that ISRO’s plan for self-eating rockets and self-vanishing satellites, robotic arms needs to be seen.

Conventionally, sensitive data is sent via cable or other means along with the digital keys needed to decode the information. This is sent via a stream of electrical or optical pulses that are representing 0s and 1s(bits). However, this is prone to hacking without the knowledge of the sender and receiver.

In quantum communication, particles (photons of light) are transmitted in qubits(quantum bits), which have both 0 and 1 value at the same time. So, if a hacker were to try and eavesdrop on it, they must measure these qubits, which leaves a detectable trace and alerts the sender and receiver. This is based on the principle that a quantum state cannot be measured without disturbing it. If qubits are disturbed, then both parties know it and can abandon the exchange.

He added that ISRO had created a ‘Vision 2030’, based on ideas received from its scientists and engineers.

On the status of these technologies, he said that few of them were in the feasibility study stages, whereas the development of some others had been initiated at the lab level.

ISRO will also be harnessing artificial intelligence, machine learning and big data analysis to make better use of data from satellites, in order to cater to the understanding of earth’s resources.

Via initiatives such as DTDI connect and DTDI extend, ISRO aims to unite technology developers from across the country with potential users to enable customized products that are ready-to-induct.

The spin-offs from such technological products are services are also expected to be of great utility to the country and its rapidly-growing advanced requirements.