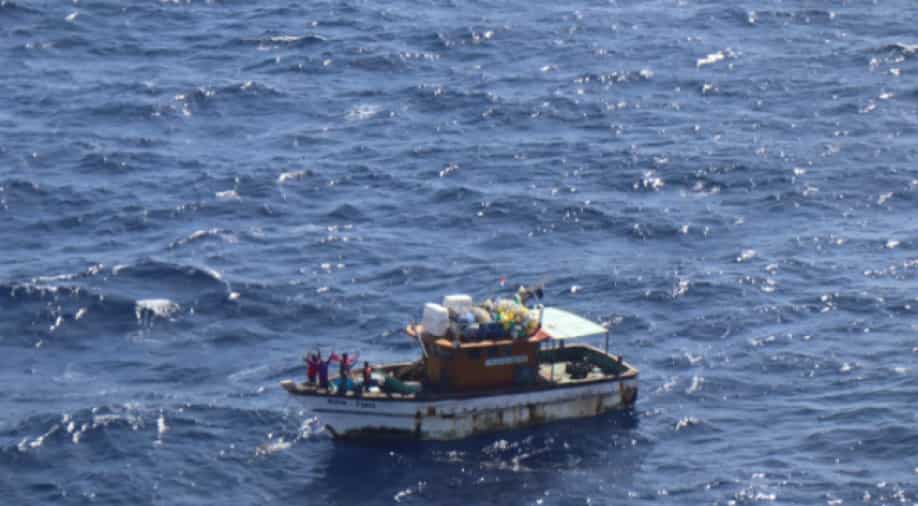 This mission highlighted the significance of a home-grown satellite communication device that helps fishermen in distress, by alerting the concerned authorities.

In an air-sea coordinated operation, the Indian Coast Guard(ICG) rescued a distressed fishing vessel ‘RSN-TWO’ and its seven crew, on Thursday. The vessel was off Tillanchong Island, nearly 350 Km south of Port Blair.

This mission highlighted the significance of a home-grown satellite communication device that helps fishermen in distress, by alerting the concerned authorities.

As the DAT was unregistered, its data was unavailable with the ICG, hence the details were sought from the fisheries department.

On learning that the said vessel was ‘RSN-TWO’, which left Port Blair earlier in the week for fishing, ICG tasked ship C-422 from Kamorta, besides ship Vishwast and Dornier aircraft for Search and Rescue. On locating the boat off Tillanchong island and establishing contact, early on Thursday, it was learnt that the boat had machinery failure.

AN ICG team that boarded the distressed vessel provided basic necessities and first aid, following which attempts were made to rectify the defect.

Due to the non-availability of specific spares the on-site repair was not possible, also considering the inclement weather conditions, the distressed vessel was towed for passage to Kamorta, by ICGS Vishwast.

Jointly developed by the Indian Space Research Organization(ISRO) and Indian Coast Guard, the DAT(Distress Alert Transponder) is a low-cost and effective satellite transmitter built for fishermen.

At a press of a button, this device transmits distress alerts to the Search and Rescue Authorities through the INSAT series of satellites. The Indian Coast Guard has been emphasizing that fishermen must carry the DAT device and also register it for effective, timely search and rescue.

The Indian National Satellite (INSAT) system is one of the largest domestic communication satellite systems in the Asia-Pacific region with multiple operational communication satellites placed in Geo-stationary orbit. Established in 1983 with the commissioning of INSAT-1B, it initiated a major revolution in India’s communications sector and sustained the same later.

According to ISRO, the INSAT system with more than 200 transponders in the C, Extended C and Ku-bands provides services to telecommunications, television broadcasting, satellite news-gathering, societal applications, weather forecasting, disaster warning and Search and Rescue operations.