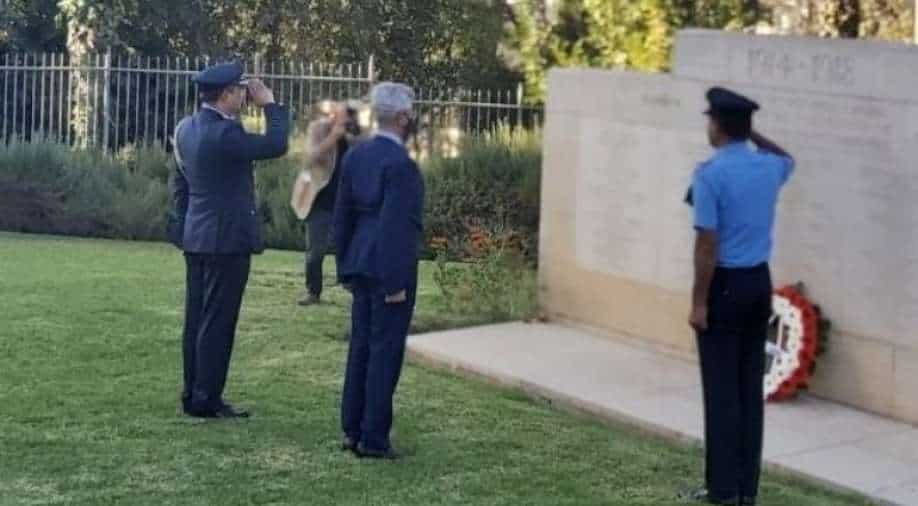 India's external affairs minister, Dr S Jaishankar, is in Israel currently, his first visit in his current capacity. On the first day, he met members of the Israeli chambers of commerce and interacted with the Indian Jewish Community and Indologists.

Israel will today officially start the process of joining the India based International Solar Alliance (ISA).

Based out of Gurugram, ISA has 124 countries as its members and aims to harness solar energy to reduce dependency on fossil fuels.

ISA was launched by Indian PM Modi and the then French President, Francois Hollande, at the Paris climate summit in 2015.

The fourth assembly of the alliance is on October 20 and will see an address by US Special Presidential Envoy for Climate John Kerry, European Commission Executive Vice President for the European Green Deal, Frans Timmermans.

India's external affairs minister, Dr S Jaishankar, is in Israel currently, his first visit in his current capacity. On the first day, he met members of the Israeli chambers of commerce and interacted with the Indian Jewish Community and Indologists.

During his address to the Indian Jewish community, he highlighted, the role of Jews in India — David Sassoon was the founder of Bank of India, one of the lawyers who defended Bal Gangadhar Tilak in 2016 was David Erulkar, who was a Jew, Dr Jerusha Jhirad who was awarded Padma Shri was a Jew.

He said, "People of my generation grew up with the signature tune of All India Radio that was composed by a Jewish exile in India, Walter Kauffman".

The EAM started day one by paying homage to the Indian soldiers who died in World War One by visiting the Indian cemetery at Talpiot.

Indian soldiers played a key role in the Battle of Haifa in 1918. During the 2018 visit of the then Israeli PM Benjamin Netanyahu, the name of Teen Murti Chowk was formally rechristened as Teen Murti Haifa Chowk.

The three statues at the chowk in the heart of Central Delhi belong to the Hyderabad, Jodhpur, and Mysore Lancers, who were part of the British India forces who helped win the battle of Haifa.

The visit is part of increased engagement between the Indian and Israeli governments.

A spokesperson for the Israeli Embassy in India, Muhamed Heib, said, "The visit will mark the beginning of the 30th anniversary of diplomatic relations between the two countries, and it will include high-level meetings. We look forward to a successful visit during which agreements will be signed, and the strategic partnership between the two countries will be strengthened".

During the visit, EAM will also call on President, the Prime Minister, and the Knesset Speaker. India and Israel elevated bilateral relations to a Strategic Partnership during the historic visit of PM Narendra Modi to Israel in July 2017.