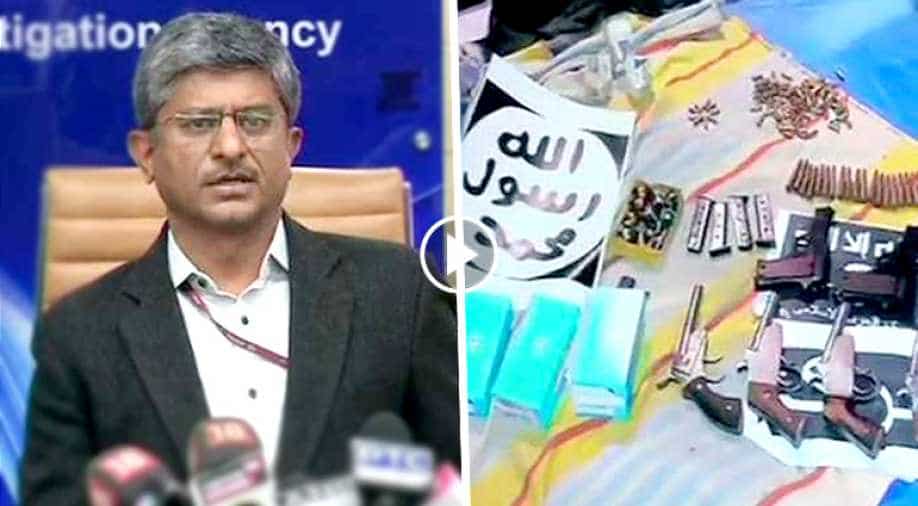 All the men in the module were from middle-class families between the age group of 27 to 30 years.

In news that had rung alarm bells across the country, National Investigation Agency (NIA) on Wednesday busted an Islamic State-inspired terror module styled as 'Harkat-ul-Harb-e-Islam' and arrested 10 people, 5 in Delhi and 5 in Uttar Pradesh.

The NIA carried out searches in 17 location in Delhi and Uttar Pradesh all through the day with the active support of Delhi Police and UP Police/UP ATS.

The man at the centre of the module is 29-year-old Mufti Mohammad Suhail a native of Amroha, UP was presently staying at Delhi's Jaffrabad and had tasked other team members to procure arms, explosives and other accessories to prepare IED’s and pipe-bombs.16 people were taken in custody and a female was also involved.

All the men in the module were from middle-class families between the age group of 27 to 30 years.

24-year-old Anas Yunus from Jafrabad was pursuing Civil Engineering at a University in, Noida. He was instrumental in procuring electrical items, alarm clocks & batteries etc. 20-year-old Zubair Malik from Jaffrabad was studying in BA 3rd year at a University in Delhi.

Other were into garments business, one worked at a welding shop in Amroha, and another ran a medical shop in Seelampur, Shahdara, Delhi.

Mufti Suhail and his associates mobilized funds and procured weapons, ammunition and explosive material to prepare IED’s and bombs and they plan to carry out explosions and fidayeen attacks at places of importance in & around Delhi and also target crowded places.

Briefing the media, NIA IG Alok Mittal said, "Total amount worth Rs 7.5 lakh recovered, nearly 100 mobile phone, 135 SIM cards, laptops and memory also seized. Some of the searches are still underway. After initial interrogation of the 16 suspects, we have decided to arrest 10 accused."

The arrested accused would be produced before the NIA Special Court in Delhi's Patiala Court House on Thursday.

The development came on the day when NIA arrested 25-year-old Habeeb Rahman from Wayanad Kerala in the ISIS Kasaragod Module Case. The case relates to the criminal conspiracy hatched by the accused persons from Kasaragod district of Kerala with the intention of joining ISIS. 14 accused persons from Kasaragod district had exited India and their workplaces in Middle-East Asia to visit Afghanistan and Syria and join the ISIS.