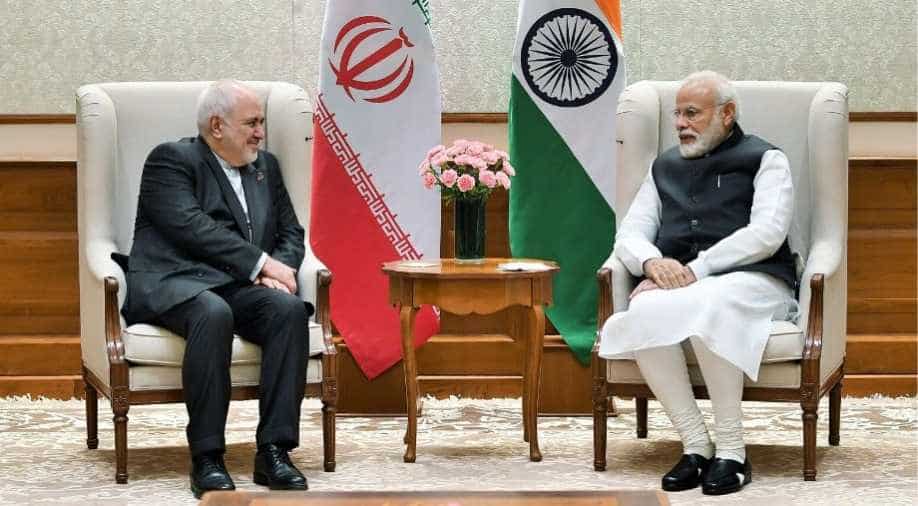 During his address at the conclave, Zarif targetted the US over its air raid which killed Iranian general Qassem Soleimani in Iraq earlier this month.

Iran's Foreign Minister Javad Zarif on Wednesday met Prime Minister Narendra Modi on the sidelines of an event in Delhi.

According to the report, both leaders held a discussion on India-Iran bilateral ties, trade and economic cooperation. Zarif and PM Modi also talked about regional and international issues

During his address at the conclave, Zarif targetted the US over its air raid which killed Iranian general Qassem Soleimani in Iraq earlier this month.

He said that US President Donald Trump, Secretary of State Michael Pompeo and the Islamic State are "celebrating" the death of Soleimani.

"The US looks at things from their perspective, not from the perspective of this region. The killing of Qassem Soleimani shows ignorance and arrogance. 430 Indian cities saw protests against the killing of Soleimani," he said.

Talking about Iran's airstrikes at two military bases in Iraq, Zarif maintained that Tehran retaliated in "self-defence" and rebuffed Washington's claims that Soleimani was planning to attack US embassies.

Soleimani, the head of Iran's Revolutionary Guards' elite Quds Force, was killed in a US drone strike ordered by President Donald Trump at Baghdad International Airport on January 3.

Days later, Tehran retaliated by firing a barrage of missiles at two US military bases in Iraq.

Soleimani's death has marked a dramatic escalation in tension between the US and Iran, that has often been at a fever pitch since Trump, in 2018, chose to unilaterally withdraw Washington from the 2015 nuclear pact the world powers had struck with Tehran.

Countries including the UK and India have urged Iran to pursue urgent de-escalation.