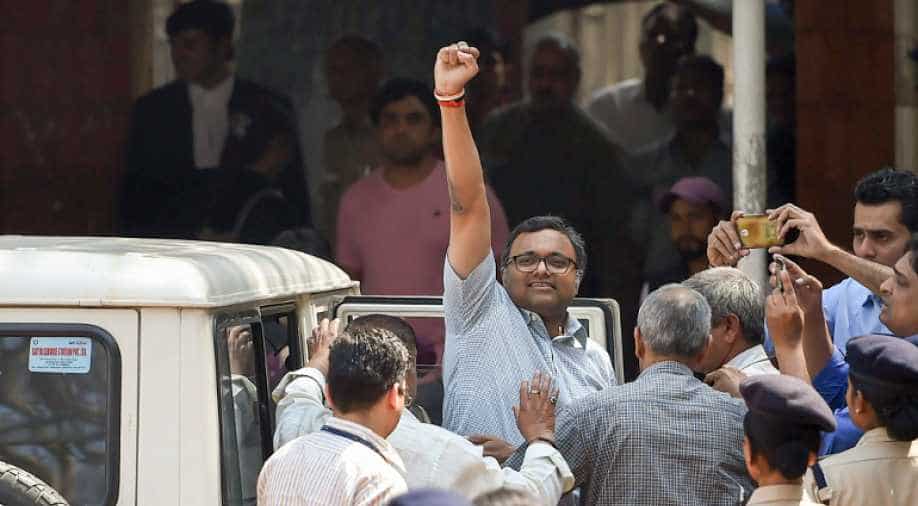 With this ruling, the interim protection previously granted to Karti, who cannot be arrested by the Enforcement Directorate (ED) till the next date of hearing, is extended.

The ED is looking to remand the political heavyweight into its custody and for further investigation over his alleged involvement in the INX Media PMLA case and the Aircel-Maxis case.

Karti sought to strike down ED's power of arrest under section 19 of the PMLA, besides seeking quashing of the enforcement case information report (ECIR) and the probe being carried out by the agency.

Earlier, the apex court extended the interim protection of Karti from March 26 to April 2.

On February 28, Karti was arrested at the Chennai airport on his return from the UK for his alleged role in facilitating Foreign Investment Promotion Board (FIPB) clearance for INX Media Ltd and its directors, Peter and Indrani Mukerjea.

Karti allegedly took service charges for getting the clearance to INX Media for receiving funds from abroad worth Rs 3.05 billion in 2007 when his father P Chidambaram was the Union finance minister in the Congress-led United Progressive Alliance (UPA) government.