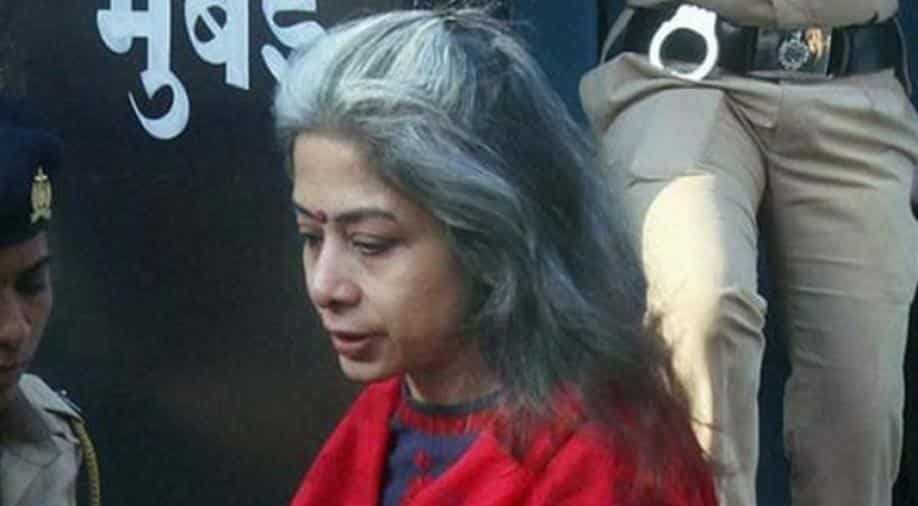 Mukerjea, who appeared through video conference from Byculla jail where she is lodged in Sheena Bora murder case, told Special CBI Judge Sunil Rana that she needed to be pardoned

Indrani Mukerjea, former media baron booked in her daughter's murder case, has moved an application before a Delhi court to turn approver in the INX Media corruption case in which former Union minister P Chidambaram is an accused.

Mukerjea, who appeared through video conference from Byculla jail where she is lodged in Sheena Bora murder case, told Special CBI Judge Sunil Rana that she needed to be pardoned, and as an accused had not engaged an advocate to represent her before it in the case.

Taking note of her application, the court directed Delhi Legal Services Authority (DLSA) to appoint a legal aid counsel for Mukerjea, the former INX Media Director, and put up the matter for hearing on February 14.

Besides Mukerjea and Chidambaram, the name of his son Karti has also cropped up in the case involving Rs 305 crore, which relates to Foreign Investment Promotion Board (FIPB) approval granted in 2007 for receipt of funds by INX Media.

The CBI had registered an FIR in the case on May 15, 2017 alleging irregularities in the FIPB clearance granted to the media group for receiving overseas funds to the tune of Rs 305 crore in 2007 during Chidambaram's tenure as finance minister.

Thereafter, the ED has also lodged the money laundering case against the company's founders Peter Mukerjea, former media baron and his wife Indrani, and others under the Prevention of Money Laundering Act (PMLA).

The Mukerjeas are facing trial in Mumbai for allegedly conspiring to kill Sheena Bora, Indrani's daughter from an earlier relationship, in April 2012.