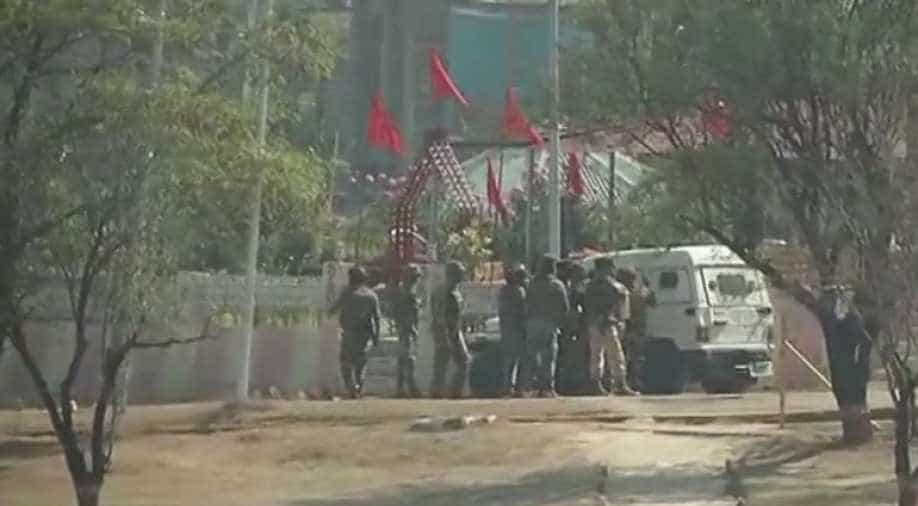 A nine-hour long gunbattle was what it took to kill the three Jaish-E-Mohammed (JeM) terrorists who had sneaked into the 182nd Battalion Camp of the Border Security Force (BSF) in Srinagar in the wee hours of Tuesday but security forces have reason to believe that there are still four JeM cadres roaming free in the Valley, plotting another fidayeen attack.

“There is credible information that 10 JeM terrorists had infiltrated into the Valley a few days back. Three of them were killed in the encounter in Pulwama where they attacked the District Police Lines. Of the seven who were remaining, three were neutralised today. That still leaves us with four more terrorists who are still out there planning the next fidayeen attack,” reliable sources told WION.

The BSF battalion camp that came under attack today is located in close proximity to the Srinagar International Airport, in the Humhama area of Budgam district. And while security agencies maintain that the airport was not the target, the possibility of them using the camp as a base to launch an attack on the airport is not being ruled out completely.

The three terrorists who were gunned down today had been spotted in a black-coloured Alto car on the Pulwana-Budgam border late Monday night.

Two of them were clad in BSF uniforms while the third was in civilian clothing, sources said.

In the wee hours of Tuesday, the terrorists used a wire cutter to cut through the perimeter fencing of the BSF camp and get inside. “It appeared to be a brand new, newly-purchased wire-cutter,” a source said.

As soon as the three terrorists gained entry into the camp, from behind the Subordinate Officers' (SO) Mess, they ran in different directions. While one of them dashed toward the Administrative Block, the second made his way to the SO Mess and the third made a run for the canteen.

It was then that the terrorist who was running towards the canteen — wearing civilian clothes — was challenged by a BSF sentry. “This terrorist responded with firing a burst but was not good enough for this sentry who took him out swiftly,” a source revealed.

The other two terrorists managed to enter the Administrative Block and the SO Mess, respectively. “It was in the SO Mess that this terrorist martyred the BSF Assistant Sub-Inspector. Before he could cause more damage, he was overpowered by the JCOs there who snatched his weapon and neutralized him,” the source said.

They were carrying AK-47s and Pakistani-made Shaheen pistols. A US-made sabre knife (with a compass) was also recovered from one of the terrorists.