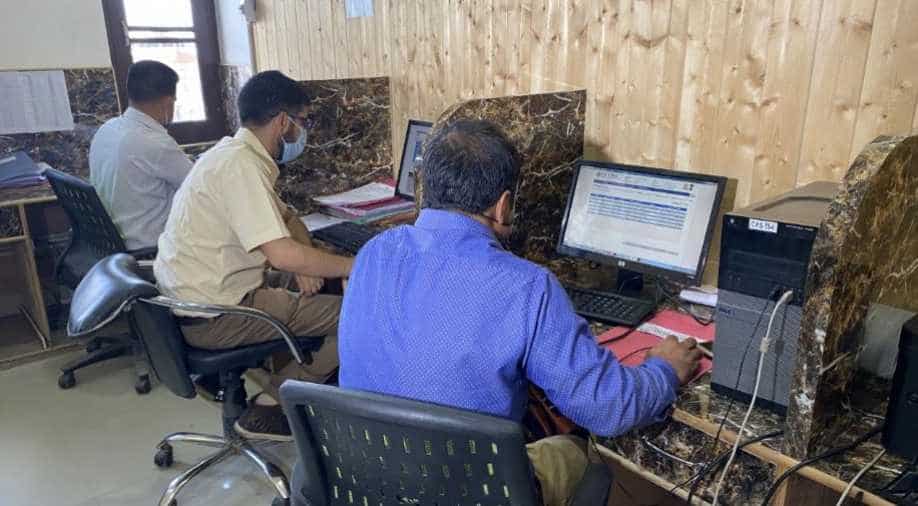 Thousand-plus handles have also been disabled who were using a fake identity to create chaos in Kashmir. Photograph:( WION )

The Jammu and Kashmir police have also been rescuing people from cyber frauds and an amount of 50 Lakh Indian rupees have been recovered to date. The Cyber labs at Srinagar monitors social media 24x7.

The Jammu and Kashmir police have been at the forefront in the fight against terrorism in the union territory but there are more modem challenges. WION visited Cyber police room in Srinagar which monitors fake accounts and handles trying to propagate hate and agenda.

The Jammu and Kashmir police have also been rescuing people from cyber frauds and an amount of 50 Lakh Indian rupees have been recovered to date. The Cyber labs at Srinagar monitors social media 24x7. Here young IT experts track, monitor, and counter fake identity cases. Cybercrime has emerged as a big challenge for law enforcement agencies in the valley with Pakistan attempting to take advantage of social media platforms.

Officials say cyber teams have ensured that propaganda videos to provoke youth are stopped and those attempting to disseminate them are held. Thousand-plus handles have also been disabled which were using a fake identity to create chaos in Kashmir. The man behind this is Tahir Ashraf, who has worked hard to deal with such cases.

"Many accounts are operated from not only Pakistan but other countries as well which try to propagate things to disturb the peace. Through different methods, we trace them. There was a handle who posted something which could've created communal tension, we took help from platforms and deleted them," says Tahir Ashraf, in charge Cyber police, Kashmir.

Tahir's men are IT experts who keep a close eye on social media. On a usual day, there are cases regarding fake social identity and financial frauds. So far, 70 complaints of financial frauds, multiple online harassments and cyberbullying cases have been resolved.

"Cyber policing is also one reason that violence near encounter sites have been down. We keep an eye on handles and websites which could result in law and order problem or someone who appreciates someone for joining terrorism. I think this has resulted in the reduction of violence," Tahir says.

This is also the address which deals with countering terrorism and tracking them down to bring peace. In the past, several handles propagating fake news have been disabled and people.