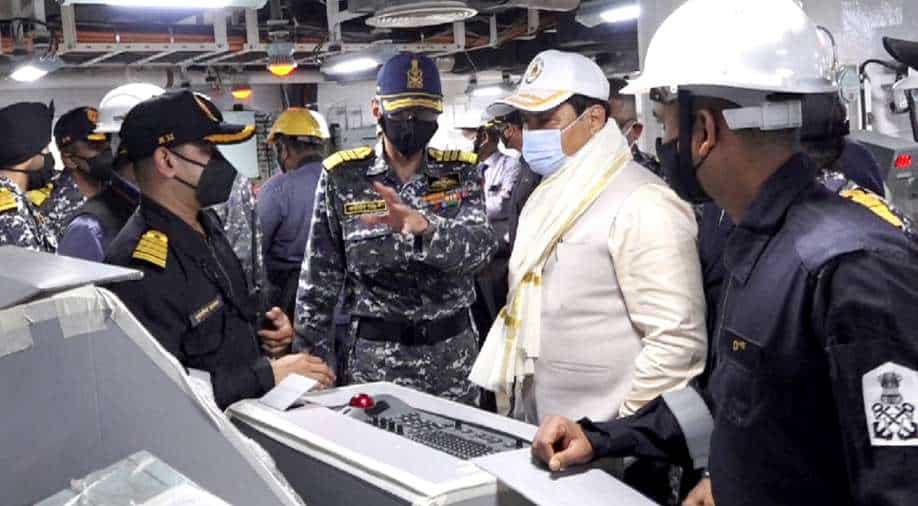 India's Navy chief admiral Karambir Singh said that the LCA had already landed on the operational carrier INS Vikramaditya and served as a technology demonstrator.

Admiral Karambir Singh also added that the previous and ongoing trials of the aircraft carrier has been going extremely well. The Navy chief and Sarbananda Sonowal, minister for ports, shipping was on a short visit to the 40,000 tonne vessel that is undergoing its second sea trial off the Kochi coast. Referring to the first sea trial of the IAC-1, admiral Singh said that the ship had performed at 100 per cent power in a short duration and had undergone tests for its endurance, hull and sea-keeping. 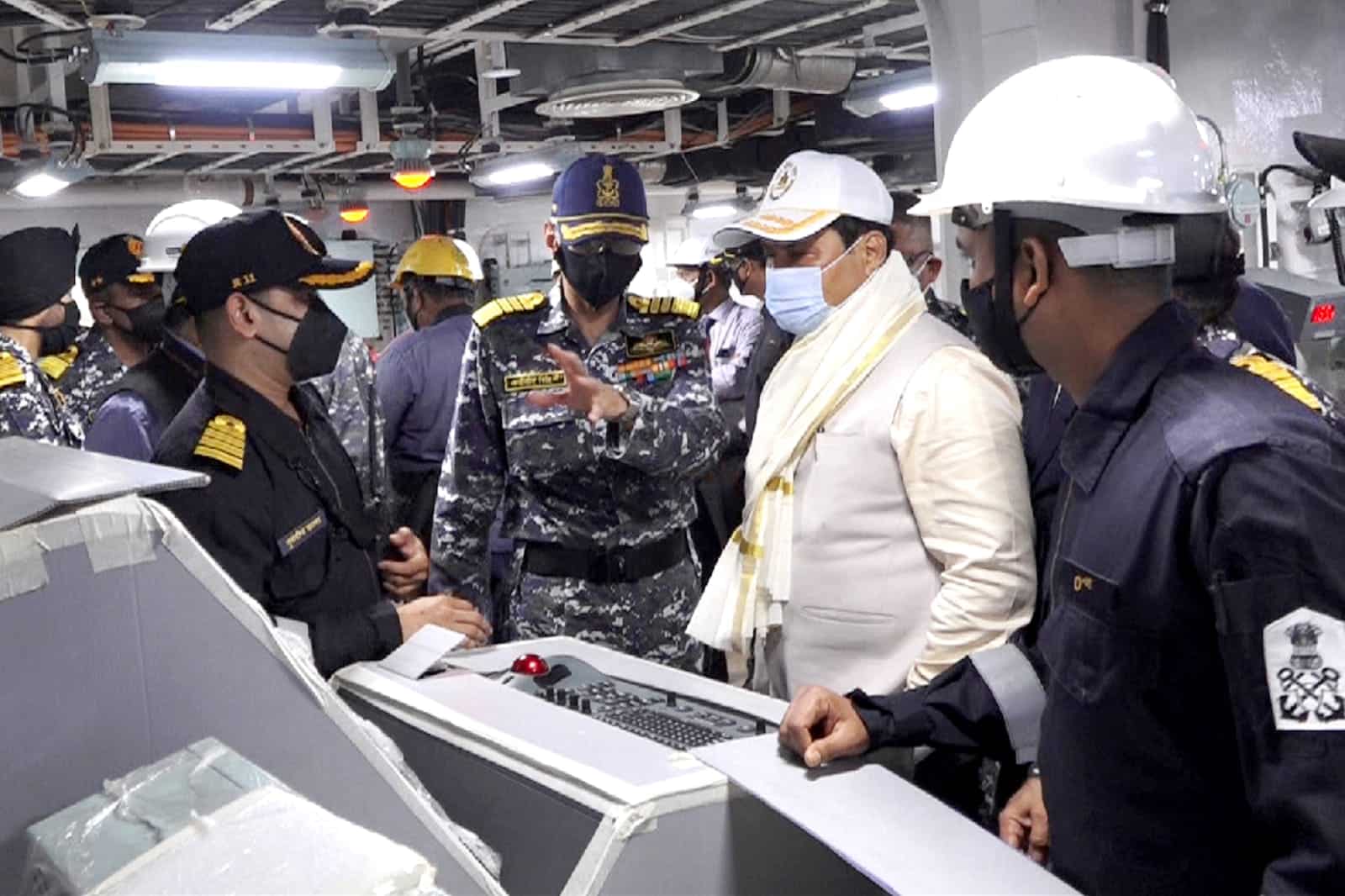 He expressed confidence that the Navy could take delivery of the carrier in April 2022 and commission it by August. Commending the IAC project and its implementation thus far, the Navy chief said that the carrier was 76 per cent indigenous and had been realised within budget. It involved 550 Indian industries and provided work opportunities for 13,000 persons, besides the main shipbuilder, state-run Cochin Shipyard Limited(CSL). 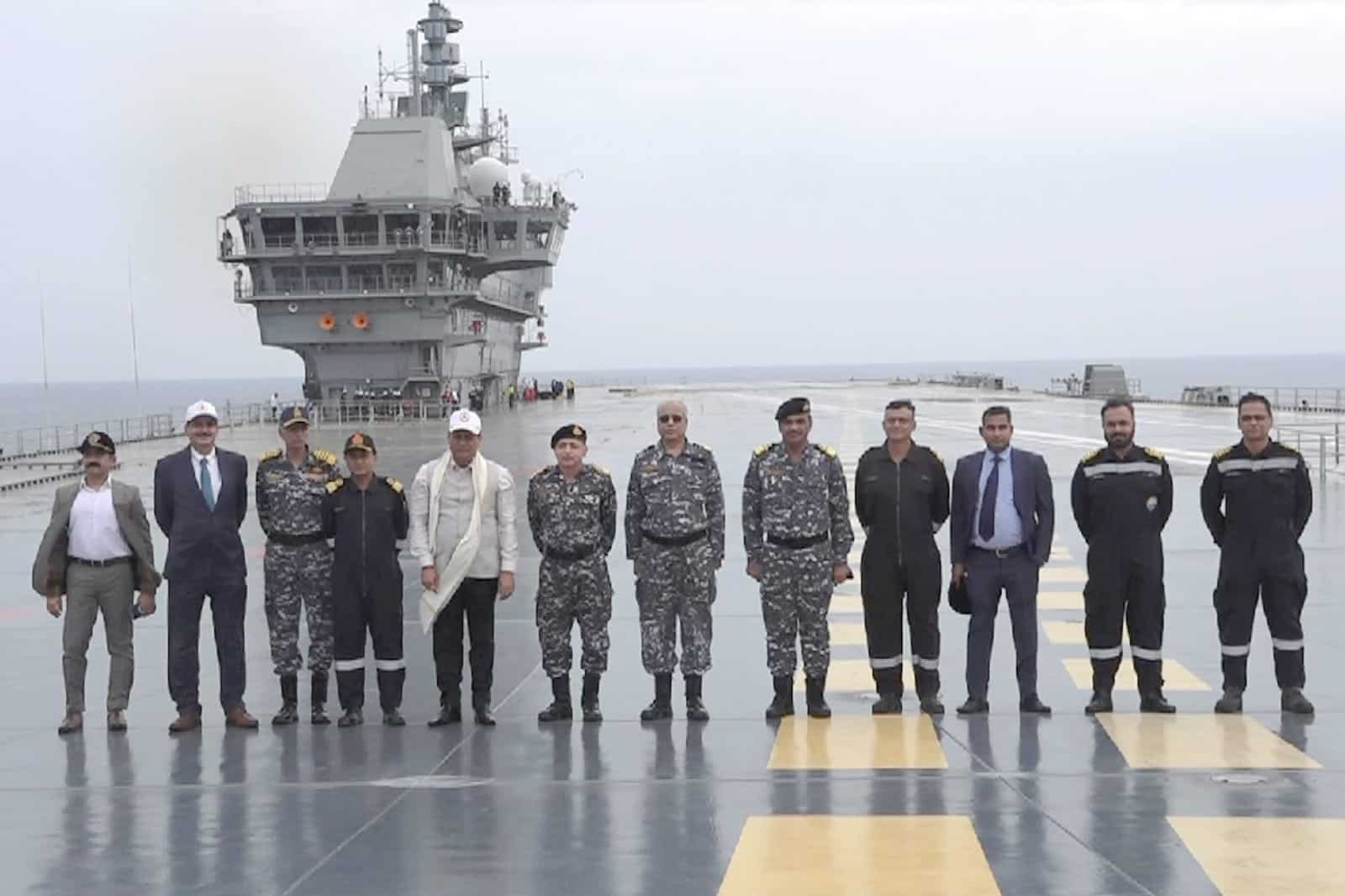 When queried regarding the key learnings from the IAC project and also the overall production timelines of ships facing delays and whether India could catch up to China’s speed of shipbuilding. The Navy chief replied, “There was a very steep learning curve and we learnt fairly quickly and learnt a lot. We developed important capabilities. We have a dry dock meant for 65,000tonne class ships coming up, we have mastered the indigenous DMR249 ship-grade steel and all our upcoming ships are built using it. There have been delays, but there are many payoffs as well." 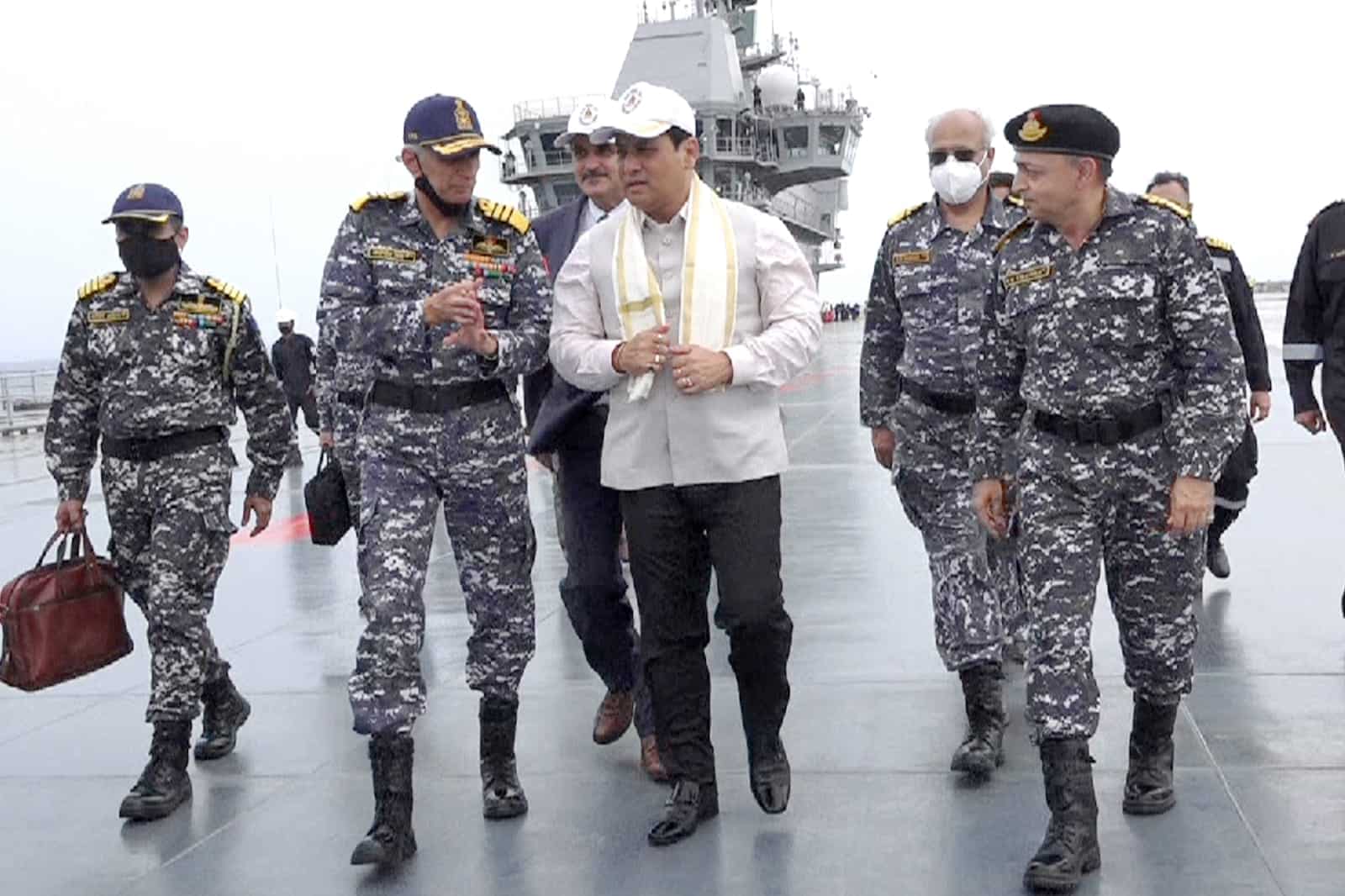 The Navy chief added how the Indian industry and shipbuilders picked up modern techniques including integrated construction and had seen the immense growth and success of the Navy’s Directorate of Naval Design.

Additionally, he pointed out that almost all of the 42 ships that were ordered by the Indian Navy(Ministry of Defence) were made indigenously. Notably, the chief emphasised that India could cut short the timelines of ship production in the coming years owing to the experience gained thus far.

On the role of the aircraft carrier, he said that the carrier battle group was central to Naval operations.

“Submarines are key to sea-denial(to enemy) and carriers are key to complete control and domination of a region. Nearly 90 per cent of India’s trade is via the sea route, hence carriers are crucial to protect our maritime interests and to prevent the enemy from reaching and interfering(in our waters and sea lanes of communication)."

When queried on the indigenous fighter aircraft LCA Tejas’ Naval variant being used on India’s carriers, the Navy chief replied that the LCA had already landed on the operational carrier INS Vikramaditya and served as a technology demonstrator.

He elaborated that the landing on a carrier deck and landing on-shore was different and how carrier-borne aircraft needed to be built differently from their land counterparts. He also added that the Indian Navy was looking for a twin-engine deck-based fighter aircraft. However, when queried if approval was granted for the much-talked-about third aircraft carrier, the Navy Chief replied that it wasn’t granted.

Minister Sarbananda Sonowal shared his immense gratitude towards the Indian Navy, Cochin Shipyard Limited and all other stakeholders, ancillary units for realizing such a mega project, within the country.

He said that India’s shipbuilders had developed the ability, confidence, infrastructure and team spirit for serving the nation. He added that Cochin Shipyard Limited had built India’s largest ship which opens up more opportunities for the state-run shipbuilder and also to the private sector owing to the growing push for Atmanirbhar Bharat (Self-reliant India).