Indo-Pak shelling will stop only when two nations think of peace: Farooq Abdullah 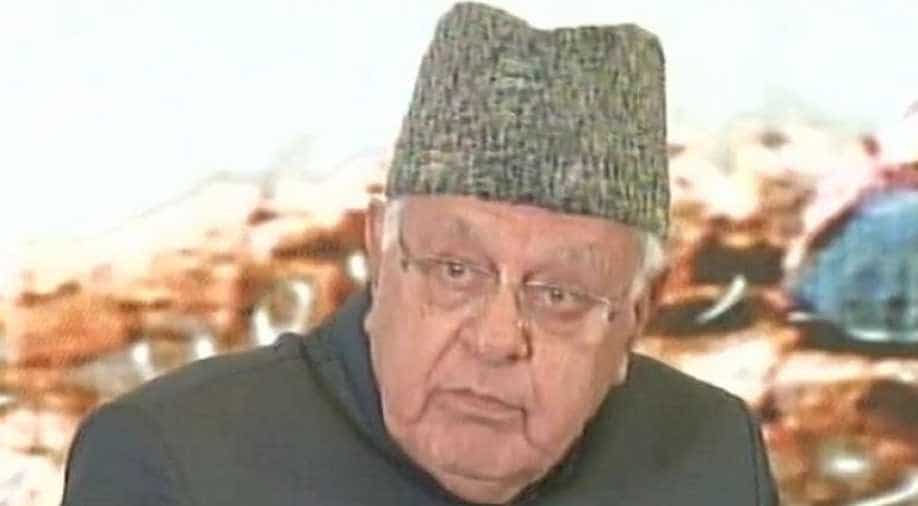 Former Jammu and Kashmir Chief Minister Farooq Abdullah today said that the exchange of firing and shelling between India and Pakistan will continue unless the two nations start thinking of peace.

Abdullah spoke on the issue of the ongoing ceasefire violations and heavy shelling by Pakistani troops along the LoC.

"If they (both the nations) don't think of peace, the firing will not stop, neither from our side nor from their side," the National Conference chief told reporters at a function.

The National Conference chief, last month, lauded J&K Chief Minister Mehbooba Mufti after she asked the governments of India and Pakistan to resume talks and resolve their mutual issues.

"I would like to congratulate Jammu and Kashmir Chief Minister Mehbooba Mufti Ji for realising that until we have talks with Pakistan, militancy will not end. I feel Modi Ji has the courage to initiate this and take it to a logical end," Abdullah noted.

Mufti recently noted that dialogue can solve problems and not "guns".

"Conditions at the border are not good, both the countries should talk and there should be a ceasefire. Peace should be given an opportunity," Mufti noted at Kulgam, J&K earlier this month.