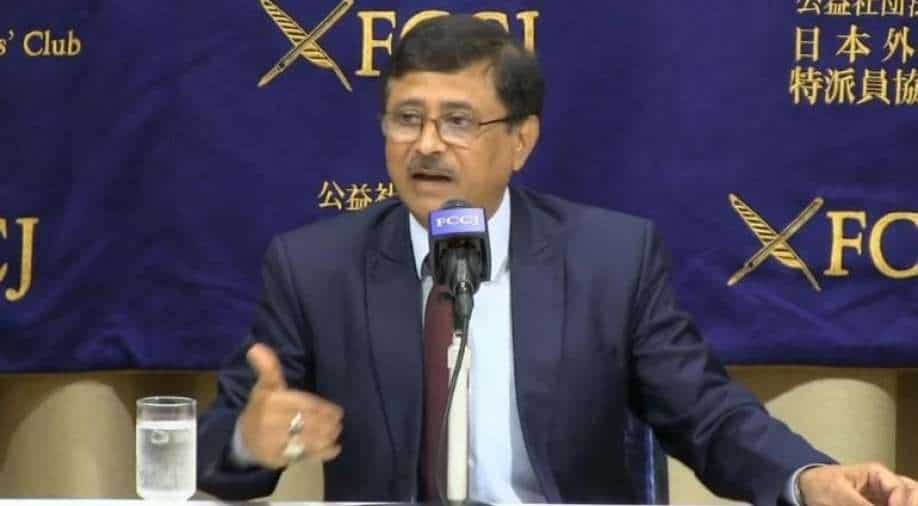 India's envoy to Japan Sanjay Verma has said that Indo Pacific vision is the 'new currency' even as he listed out how Quad is a grouping of 'convergence of principles'. Japan, along with India, US and Australia are members of the Quad grouping and back the Indo Pacific vision that geographically sees Indian and Pacific oceans as one unit.

In response to a question, Sanjay Verma speaking at Foreign Correspondents Club of Japan, said, "There is no conflict between the concept of Indo Pacific and Asia Pacific, which is an old concept. In fact, Indo Pacific has become the new currency, as compared to the old currency, which used to be Asia Pacific. Indo Pacific replaces Asia Pacific."

He explained that the Indo Pacific vision is shared by 'many countries' and groupings like ASEAN and 'many countries beyond Asia, which also share' the vision like the US and Australia. Indo Pacific is a region seen from eastern shores of Africa to the western coast of the US and a region driving the world's economy and hosting a large portion of world's population.

Asked about Quad, and India aligning itself to specific groups, Verma highlighted that, "Quad doesn't force us to leave or give up our independent foreign policy. It is autonomous and completely independent. It doesn't preclude the convergence of principles."

Adding, "Quad has certain principles, which have convergence and reverbrance with the Indian foreign policy ethos and that is very much there."

Earlier, this year saw the first-ever Quad leadership summit virtually in which leaders of all four member countries participated. Later, this year could see, first-ever in-person summit. While the Quad's history goes back to the aftermath of the 2004 Indian ocean Tsunami when these four countries worked together, but it is only in the last few years that the pace of regular engagement has increased.

"In Quad, the countries, which have come together, follow principles like democracy”, envoy pointed out, saying "there is dialogue and deliverables coming out of quad and I don't see quad going against the philosophy and principle of having an independent foreign policy by a country."

The emergence of groupings like Quad and Indo Pacific vision come at a time when world and Asia has seen an increase in Chinese aggressiveness. China has been aggressive with all four Quad countries, with India it has been creating troubles at LAC in Eastern Ladakh, with Japan over Senkaku islands, with Australia there have been trade issues and with US, from trade to Taiwan.

The Indian envoy also spoke on Tokyo Olympics which Japan will be hosting next month, saying "our athletes are early waiting to come and join the event and try to do the best they can in the sporting event."

The Olympics were to take place last year but got postponed due to the Covid crisis. This year, the Olympics are taking place amid heightened protocols to deal with the Covid virus.

Verma said, "The Olympics should generally be held on time so that athletes, who would participate, do not get disappointed", elaborating that "It is a global event, for which the world waits for four years and therefore, our view is that, with safety is of paramount importance. There cannot be a compromise with health issues. Neither for the athletes, nor for visitors or Japanese residents."

So far, 140 Indian athletes are confirmed to go to Japan for the Olympics. The number can increase as many qualifying events remain.

Expressing confidence on smooth Olympics, the envoy said, "Olympics should go ahead and I am sure, given the precautions taken by the Japanese govt and Japanese Olympic committee, we do not foresee any difficulty in going ahead with the event."