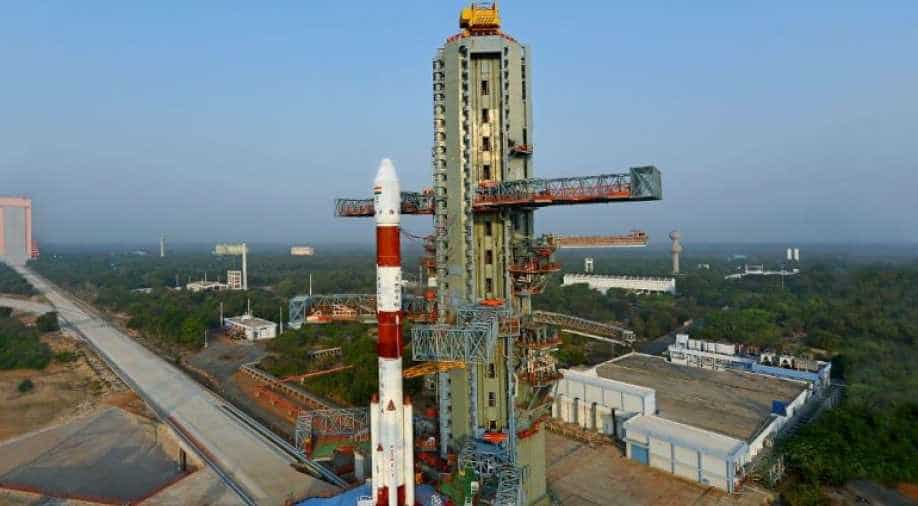 After the launch of the PSLV-C45, the satellite successfully injected EMISAT into sun-synchronous polar orbit.

ISRO's PSLV-C45, which lifted off from Sriharikota on Monday carrying India's EMISAT satellite, is capable of placing satellites in three different orbits.

Describing the launch a very important milestone, former ISRO chairman G Madhavan Nair said ''It's not only going to launch our own satellite but also those from other nations''.

''The uniqueness of this mission is, it's going to place satellites in three different orbits. I hope it'll be 100% success as usual," Nair said.

Around 17 minutes after the launch, the EMISAT was placed in an orbit in 753.6 km from the altitude.

Aimed at electromagnetic measurement, the indigenously built satellite weighs around 436 kg and is designed to help the military to find ''hostile radars''.

The PSLV-C45 rocket carrying the indigenously built satellite was lifted off from the radar at around 9:27 from Sriharikota, Andhra Pradesh.

Along with EMISAT, the rocket also carried 28 other foreign satellites and three scientific instruments.