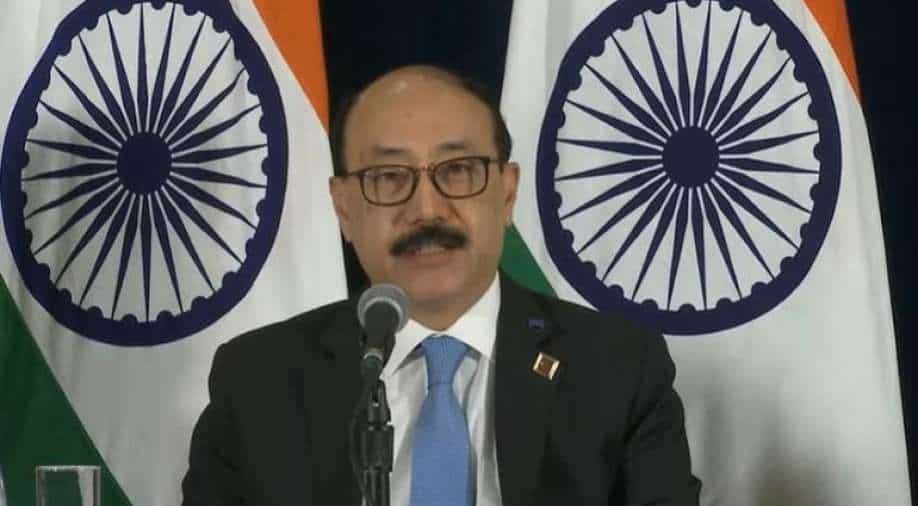 Commenting on India and China's border issues, he said several rounds of talks were held and some of the issues have been resolved

India's Foreign Secretary Harsh Vardhan Shringla, on Wednesday (November 24), said that India is assessing all the options in regard to the trade ties with China but only after ensuring that country's integrity and security remain intact.

During an interactive session organised by the Indian Chamber of Commerce, Shringla said, "Trade continues, there are investment ties that continue but all of this has to be examined very carefully and the government is examining all these options very, very carefully to ensure that our integrity and security remain intact."

However, the diplomat also explained why India is unable to conduct normal relations as China has maintained an aggressive posture and attempted multiple transgressions along the border in eastern Ladakh.

He said, "And as a result, we are not able to conduct normal relations. Having said that, of course, trade continues, import and export continues, China continues to be an economic partner," he said.

"We need to examine all of those very carefully to see that it is in keeping with our larger strategic and security interests and that obviously, as we move forward, our own economy grows, our own interactions grow," Shringla said adding that India needs to ensure that it is not vulnerable in any way.

Commenting on India and China's border issues, he said several rounds of talks were held and some of the issues have been resolved. "We have resolved some of the issues but there are still some outstanding issues and until we can resolve those issues, obviously we will not be in a normal relationship mode," he said.

On the origin of bilateral ties, the foreign secretary said the objective of India restarting the relations with China in 1988 was to allow normal business to be conducted without the border issue coming in the way of the relationship.

"In other words, we would have trade, commercial ties, scientific and technological ties, people-to-people contacts but we would isolate the border issues that would be discussed separately through the special representatives of both countries," he said.

"But of course, that was predicated on peace and tranquillity being maintained in the border areas," he added.