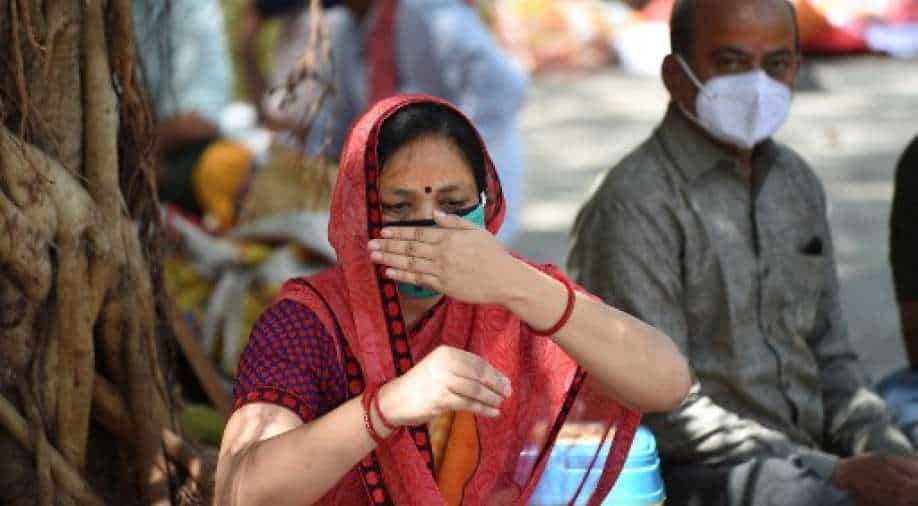 For the past two days, new infections have been dropping, with major hotspots Maharashtra, Delhi and Uttar Pradesh reporting a fall in new cases.

India's daily coronavirus caseload has finally registered a dip. In the last 24 hours, more than 320,000 people have tested positive. It is India's lowest count in 14 days.

For the past two days, new infections have been dropping, with major hotspots  Maharashtra, Delhi and Uttar Pradesh reporting a fall in new cases.

The number of active cases have declined as well. It has fallen by 30,000. For the first time in 61 days, India has reported a decline in active cases. It now stands at 3.7 million, almost 20 million people have recovered.

However, there is no fall in the number of fatalities since once again India has reported almost 4,000 deaths in a day.

The pandemic has killed close to 250,000 people in India. The drop in positive cases is a promising sign. However, it cannot be said India has touched the peak. The country's positivity rate remains around 21 per cent, which means more than one out of five people are testing positive.

India needs to bring down the positivity rate to less than five per cent. Only then it will have the second wave be under control.

India needs to test more. On Sunday, India had conducted just 1.47 million tests which is the lowest this month. Monday was an improvement with over 1.8 million tests conducted in the last 24 hours.

In the past two weeks, India has conducted more than 1.9 million tests in a day multiple times. However, the vaccination curve has peaked. The vaccinations were on a high in April.

India has been administering close to two million doses a day with over 170 million shots given so far and just 2.7 per cent of India's population has got both shots.

Maharashtra has stopped vaccination for those above 18. The state says it will only inoculate those above 45 years of age because it does not have enough doses even as the Centre has asked state governments to prioritise those waiting for their second jab.