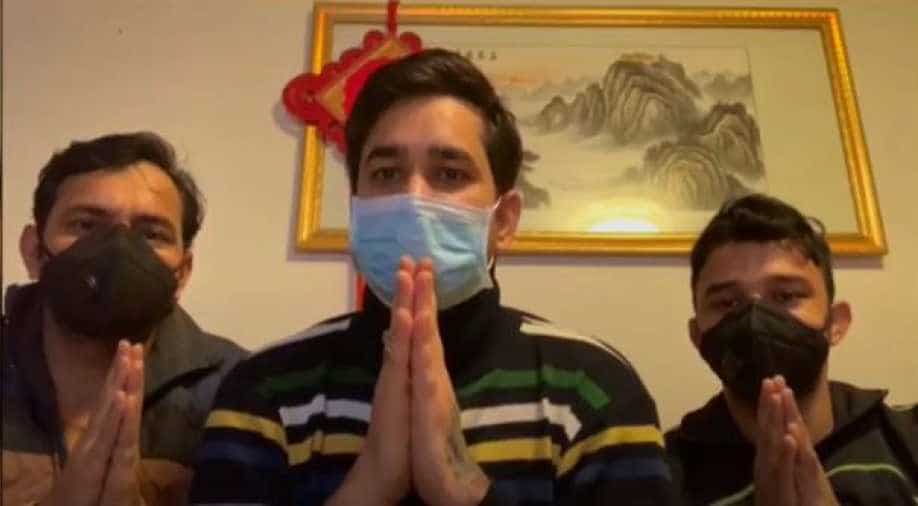 Some Indians who are trapped in the Chinese city of Wuhan, where the deadly coronavirus is on its peak have sought help from the Indian government to get them back to India as their food supplies have also finished. Watch video:

The virus which is said could be spread through human contact has reached many countries. India has seen a few suspected cases of coronavirus as of now.

The Chinese city of Wuhan has been the epicentre of the 'coronavirus' outbreak. The fatal virus is spreading across the globe. It has claimed 80 lives and more than 2,744 have been infected. 461 people are said to be in a critical situation.

The virus which is said could be spread through human contact has reached many countries. India has seen a few suspected cases of coronavirus as of now.

Recently a video resurfaced on the internet caught the attention of many.

In the video, we could see three Indian students who pleaded the Indian Government with folded hands asking them to evacuate Indians stranded in Wuhan. They said all the markets have been closed, the city has gone into a total shutdown and they are running out of food reserves.

Recently, the American Government has contacted Beijing in terms of evacuating Americans from the region and a sign for evacuation by the Indian Government is seen after the embassy has asked the Indian residents in China, who do not possess their passports at the moment,  to share their passport number and to whom (Chinese Authority) has it been submitted/deposited.

...passports are requested to intimate us with the following details:
Name;
Passport number;
To whom (which Chinese authority) has the passport been submitted to;
and Date on which the passport was submitted...

Nearly 700 Indian students are studying in Universities in Wuhan and its nearby areas.

A majority of them are said to have left Wuhan during the Chinese New Year holidays a few weeks ago.

Almost 300 students are still feared stuck in Wuhan. The Indian embassy in China has opened a third hotline number for these students.

Indian Embassy in China has asked the Indians facing food shortage to contact, they tweeted "Indian nationals in Wuhan/Hubei province are urged to inform @EOIBeijing if they encounter a shortage of food, water and other essential supplies and provide us with the exact location so that @EOIBeijing could work with the Chinese authorities to ensure that such essential supplies are sustained."