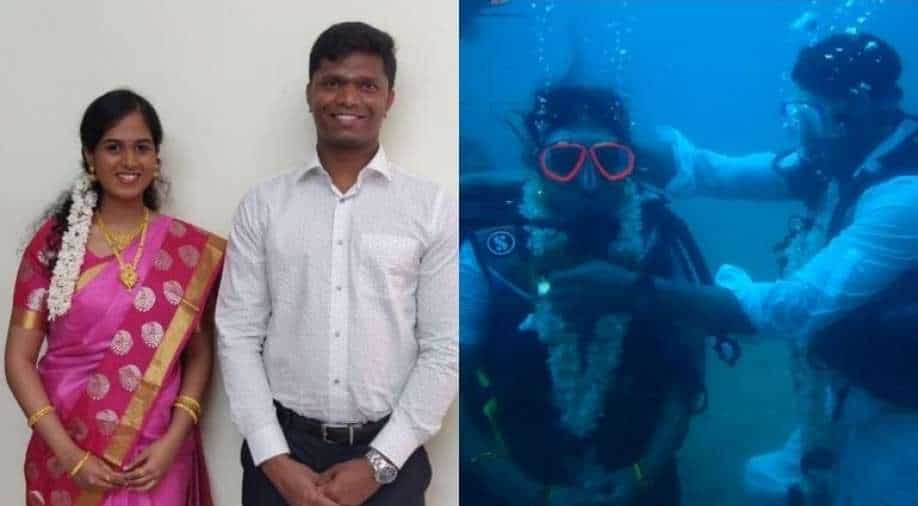 The groom Chinnadurai, who hails from Tiruvannamalai, says that his and bride Swetha’s was a perfectly arranged marriage and that the decision to go underwater was to try something different, besides creating awareness about ocean pollution.

Picture an underwater wedding and one might think of a couple clad in tight fitting scuba attire and heavy gear. Perhaps, all of this in an exotic foreign destination.  But a techie couple in Chennai has proven that they can get married underwater, the desi style - groom clad in a Dhoti and Shirt, Bride in a sari, amid decorations and cameras, at a depth of 60 feet!

The groom Chinnadurai, who hails from Tiruvannamalai, says that his and bride Swetha’s was a perfectly arranged marriage and that the decision to go underwater was to try something different, besides creating awareness about ocean pollution. 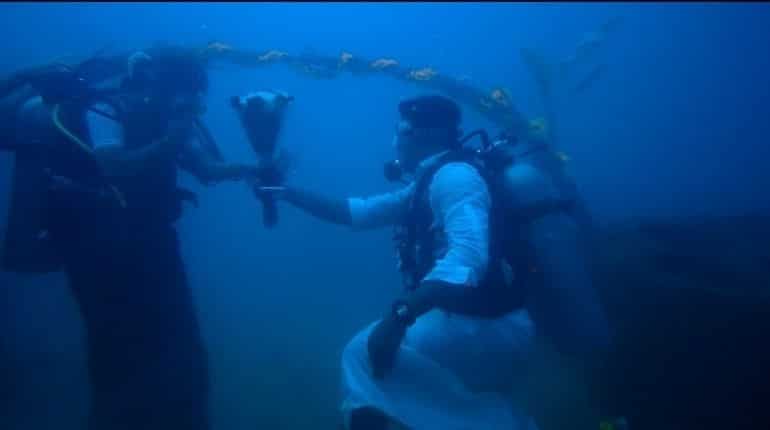 “I have been a licensed scuba diver for almost 12 years, but my wife Swetha could only swim and had never gone diving before. My parents were ok with the idea, but it took some convincing to get Swetha and her parents to agree” Durai told Zee media.

It was after having a couple of trial dives in a swimming pool that the couple set out for the adventurous start of their life together. 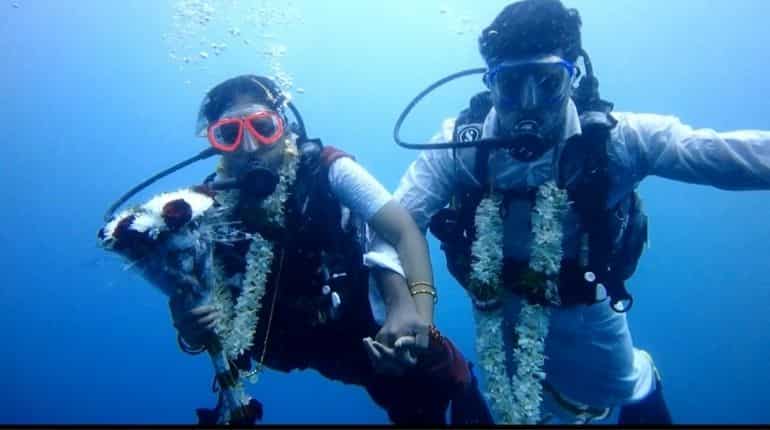 On February 1st, Monday, after completing the first part of their wedding rituals with family(on land, of course!), the couple took a boat, accompanied by six diving instructors and travelled nearly 4.5kms into the Bay of Bengal. “With the sari, dhoti and shirt fastened with multiple Velcros we took the dive and our team of six instructors were handling the cameras and decorations” he adds. 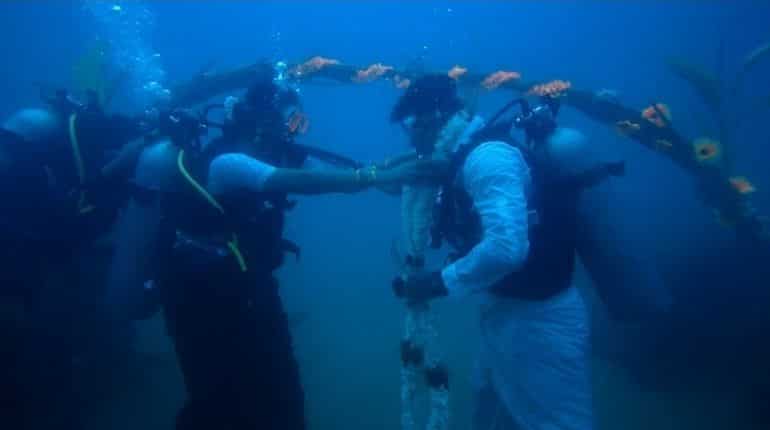 Underwater, they exchanged garlands and posed with a bouquet, after Durai tied the 'Thaali' (an ornament that the groom ties around the bride's neck).

Given that the wedding was to create awareness, the couple were particular about all dedications being natural - from flowers to garlands to banana trees. However, Durai laments that they were heartbroken to see masks, plastic bags and bottles among other junk lying at the ocean floor.

After a dive that lasted nearly 40-minutes, the couple returned ashore, travelled back to their families for the rest of the rituals.

What a deep way to start their life together!