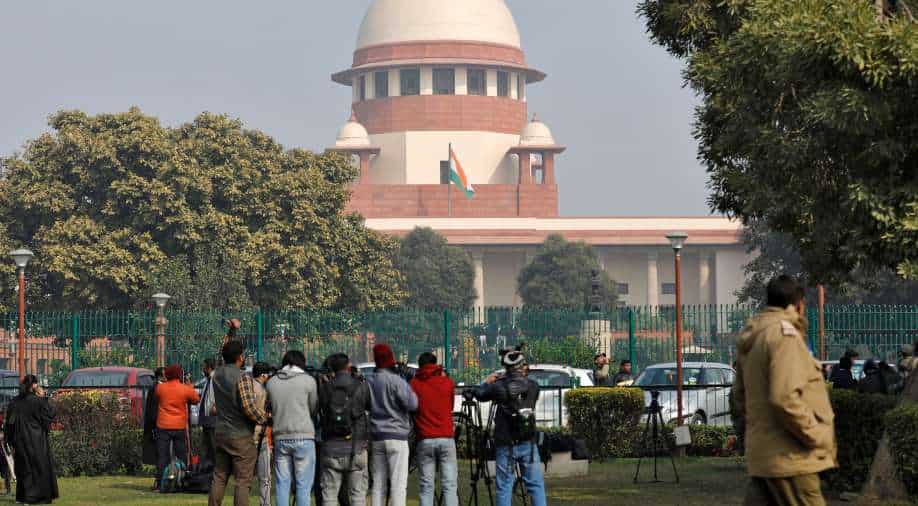 The bench, also comprising Justices Surya Kant and Hima Kohil, directed the Centre and states to not register any fresh FIR invoking sedition charges until the sedition law is 'under reconsideration'

Putting on hold the sedition law, the Supreme Court on Wednesday stayed the registration of FIRs, ongoing probes and coercive measures on the matter across the country until an "appropriate forum" of the government re-examines the colonial-era penal law.

In its significant order on the law that has been under intense public scrutiny, a bench headed by Chief Justice N V Ramana said there was a need to balance the interest of civil liberties and interests of citizens with that of the state.

Taking note of the concerns of the Centre, the apex court said the "rigours of Section 124A (sedition) of the IPC is not in tune with the current social milieu" and permitted reconsideration of the provision.

The bench, also comprising Justices Surya Kant and Hima Kohil, directed the Centre and states to not register any fresh FIR invoking sedition charges until the sedition law is "under reconsideration".

The court listed the matter in the third week of July and said its directions shall continue till further orders.

Any affected party is at liberty to approach concerned courts that are requested to examine the reliefs sought taking into the consideration the present order, the apex court said.

"We hope and expect that the states and the Centre will restrain (themselves) from registering any FIR, continue any investigation or taking any coercive measures by invoking section 124A of the IPC till the aforesaid provision of law is under re-consideration," ordered the bench.

"The attorney general, on previous date of hearing, had given some glaring examples of misuse of the sedition law like in a case of recital of Hanuman Chalisa'...Therefore, we expect that till the re-examination of the law is complete, it will be appropriate not to continue with the usage of the aforesaid provision of the law by the governments," the chief justice of India said in the order.

The bench did not agree to the Centre's suggestion that a superintendent of police ranked officer be made responsible for monitoring the registration of FIRs for the offence of sedition.

The Centre had also said the registration of FIRs on the matter cannot be prevented as the provision dealt with a cognisable offence and was upheld by a Constitution bench in 1962.

The bench, which rose for a few minutes to discuss the orders after taking note of the Centre's response, came back to pronounce the directions and said it has considered the issues elaborately.

Referring to the Central government's view, it said the Union of India also agreed with its prima facie views on the penal provision which can be reviewed by the competent forum.

It extended interim orders granting relief to those accused of sedition.

All pending cases, appeals and proceedings with respect the provision of sedition would be kept at abeyance and the adjudication of other offences, if any, could proceed, the order said.

In addition, it permitted the Centre to issue directives to the states to prevent misuse of the provision.

Earlier, the Solicitor General Tushar Mehta, appearing for the Centre, apprised the bench of the views of the Centre and opposed the plea to stay the operation of the law.

With regard to pending sedition cases, the Centre suggested that hearing on bail pleas in such matters may be expedited as the government did not know the gravity of the offence in all the cases and they may have terror or money laundering angles.

"Ultimately, pending cases are before judicial forum and we need to trust courts," the law officer told the bench.

On Tuesday, the bench had asked the Centre make clear within 24 hours its stand on keeping pending sedition cases in abeyance to protect the interests of citizens already booked and not registering fresh cases till the government's re-examination of the colonial-era penal law is over.

Asking the Centre to take a clear stand after it had posed the two specific queries, the top court had agreed that a re-look of Section 124A of the Indian Penal Code be left to the government.

Between 2015 and 2020, 356 cases of sedition -- as defined under Section 124A of the IPC--were registered and 548 persons arrested, according to data compiled by the National Crime Records Bureau (NCRB). However, just 12 persons arrested in seven sedition cases were convicted in this six-year period.

The top court, in 1962, upheld the validity of the sedition law while attempting to restrict its scope for misuse.

The bench has been hearing a clutch of pleas challenging the validity of the law on sedition, an issue of intense debate for its alleged misuse to settle political scores by various governments.