Indian man converts his car into a helicopter, rents it for weddings 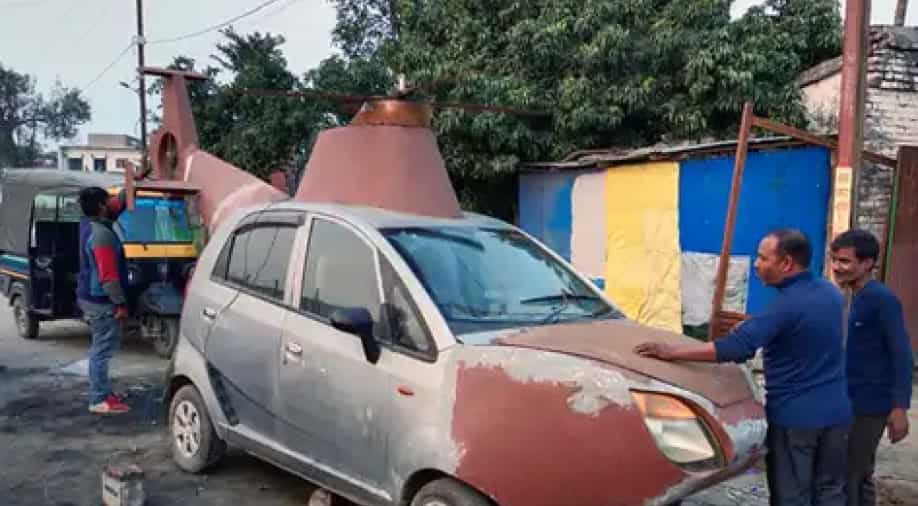 It is said that necessity is the mother of invention. This proverb could not be more true in the case of a mechanic in India’s north Bihar state who is being hailed as an ‘artist’.

In order to cash in on the growing frenzy among grooms who seek to hire helicopters to make a grand entry to their wedding venues, Guddu Sharma turned his Tata Nano, a four-seater hatchback, into a chopper.

He used sensors to give desired features to the vehicle.

According to an Indian newspaper, the mechanic spent nearly 200,000 rupees (more than US $2,600) to shape his car into a helicopter.

Guddu said that he saw a huge demand for helicopters during weddings as the prospective grooms wish to bring their bride home, but due to money problems, they can't afford it.

Hence, he converted the vehicle into a helicopter which can be affordable for everyone.

“In the era of Digital India, this invention is a living example of self-reliant India. More than 150,000 rupees is required in making such a ‘helicopter’, whereas it will cost more than 200,000 rupees to give it a hi-tech appearance,” Guddu said.

It seems that his creative invention is already being well received as he said that 19 people have already booked it.

However, he is not the first person to turn his car into a helicopter.

Mithilesh Prasad, from Chhapra in Bihar state, modified his Tata Nano car into a helicopter to achieve his childhood dream of designing a helicopter. It took him seven months to complete the project.