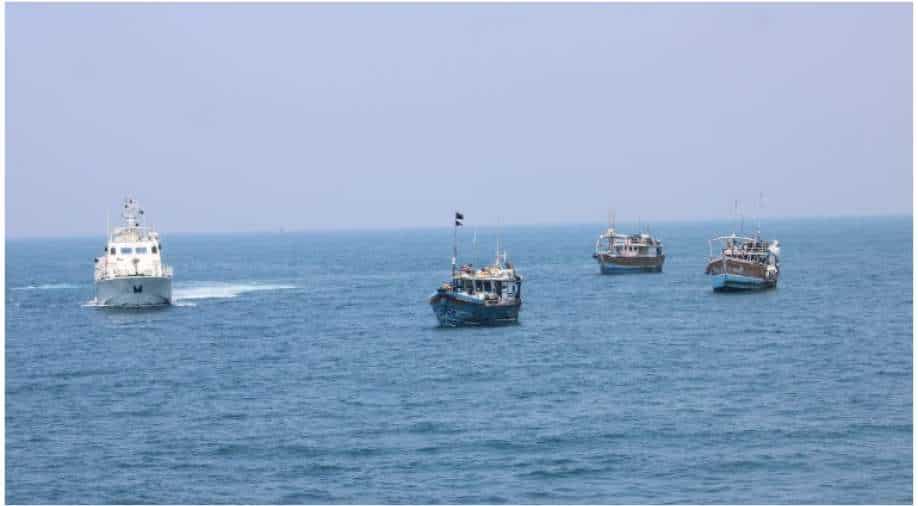 As per the coast guard, the smugglers dumped five bags of contraband weighing nearly 260 kg in water after they realised they couldn't escape

Indian Coast Guard over weekend thwarted an attempt by Sri Lankan boats to smuggle narcotic drugs worth USD 286.5 million into India from Lakshadweep. As per the coast guard, the smugglers dumped five bags of contraband weighing nearly 260 kg in water after they realised they couldn't escape from Indian Coast Guard ships and aircraft.

Based on initial investigation, the Coast guard has said that the SLFB Akarsha Duwa was at sea for over a fortnight

After the boats were intercepted at sea, the behaviour of occupants and their misleading statement gave rise to suspicion. After tactful interrogation by the Indian Coast, the occupants of the boat admitted that they had been involved in narcotics smuggling. 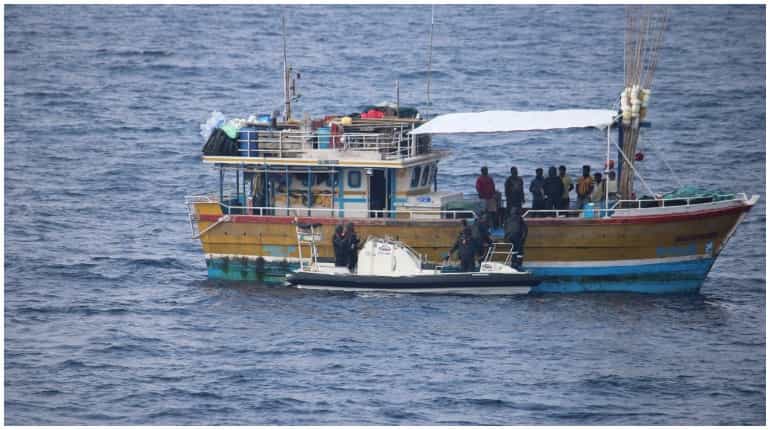 Owing to rough sea conditions off Minicoy Islands, the boats were brought to Vizhinjam near Thiruvananthapuram on Sunday (7th March) for further interrogation by the security agencies. 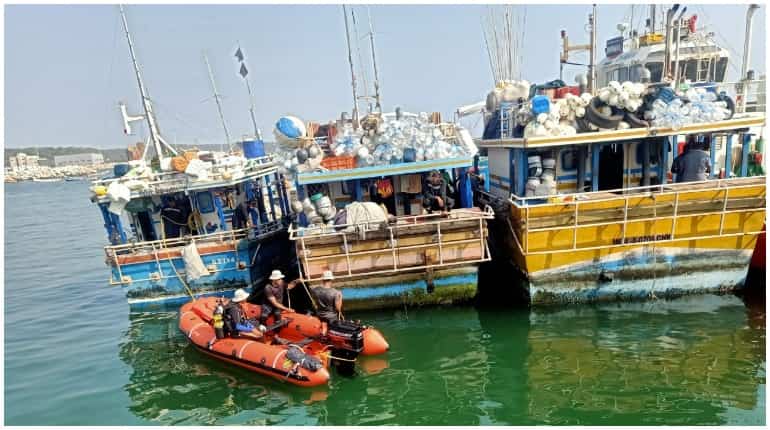 Post joint investigation at Vizhinjam, SLFB Akarsha Duwa along with 6 Sri Lankan crew was detained. Two other Sri Lankan boats with crew were released for a handover to Sri Lankan authorities for further investigation, due to considerable quantity of fish stock onboard.

A similar attempt was thwarted in November last year, when ICG  apprehended Sri Lankan fishing boat ‘Shenaya Duwa’ off Kanyakumari, carrying narcotics worth around USD 136  million in the international market.