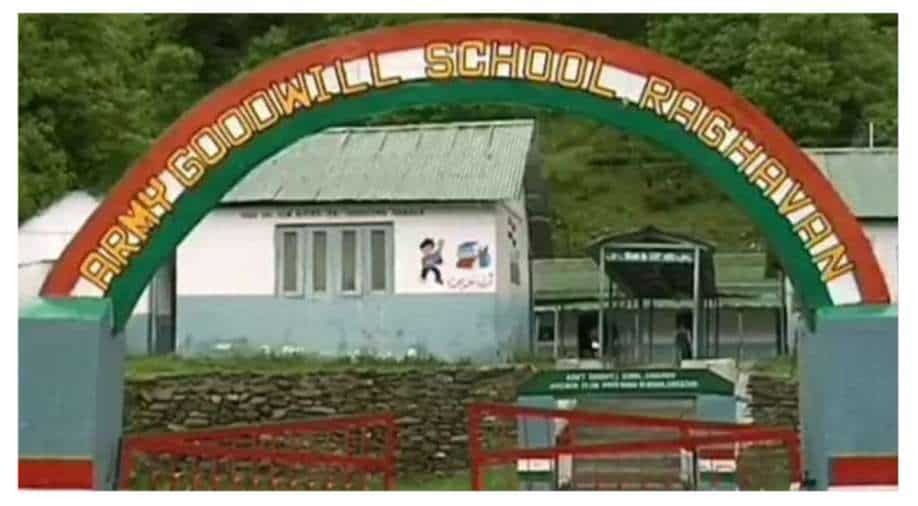 Till October 2019, the area was prone to ceasefire violations and shelling. Children from this village had to run for their lives. But now after the ceasefire agreement these children are getting quality education peacefully in this Indian army-run school

In addition to guarding the borders in Jammu and Kashmir the Indian Army is also helping the local children get educated. The Army Goodwill School in the last village in North Kashmir is ensuring that children from ther remotest village of North Kashmir have a bright future.

The school was started in the year 2001.

Till October 2019, the area was prone to ceasefire violations and shelling. Children from this village had to run for their lives. But now after the ceasefire agreement these children are getting quality education peacefully in this Indian army-run school

The Indian army is trying to provide these children with the best possible education so that they can compete with the students from the rest of India.

"The school started in 2001 and we have around 114 students in the school. It's for students from nursery to 8 Standard. The areas are hilly and difficult for the children but despite that they come, and parents also make the effort to send their children so that they can have a bright future," Captain Biradar, Indian Army.

The school has best education amenities like computer lab, library, auditorium as well as sports courts. With high standard and quality of education, the students at the school are sure of making it big in the future. Most of them want to become doctors and teachers so that they can help people of these areas.

"It is a great school with all the facilities. We have a computer lab; we get books from the school and have a nice library. We have a science lab and auditorium and for sports we have volleyball and basketball court. This is a great school, and we get good education here. If there wasn't a school here, we wouldn't be studying, I want to join Indian Police Service. I am happy that the army has opened this school," said Farooq Ahmad, a student.

The Indian army has chosen the best local educators to teach in the school. These teachers are helping in making sure that the foundation of these students is made stronger so that they can compete with students from across the country.

The Indian army is running hundreds of Goodwill Schools across the Union Territory, but to run this school in Macchil sector is one of the most challenging task.