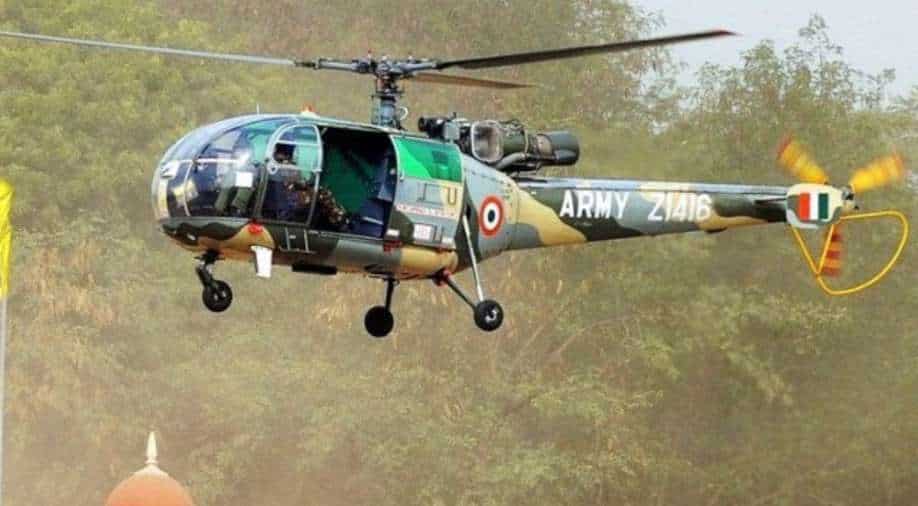 The injured co-pilot is being treated at the army’s 92 base hospital in Srinagar, Indian Army's spokesperson said.

An Indian Army pilot died while another one suffered grievous injuries after the helicopter crashed in North Kashmir's snowbound Gurez sector.

The injured co-pilot is being treated at the army’s 92 Base Hospital in Srinagar, Indian Army's spokesperson said.

According to officials, Indian Army's 'Cheetah' helicopter was on a routine mission to evacuate an ailing soldier from a forward post in the Gurez sector when the crash took place.

''The helicopter lost communication with the forward post at Gujran, Baraub. A search operation on foot was immediately launched by the Indian Army, alongside search and rescue helicopters which were pressed into service,” the spokesperson said.

“The wreckage of the crashed helicopter was found in a snowbound Gujran Nallah area of North Kashmir’s Bandipora. Pilot and the co-pilot of the helicopter were grievously injured in the crash and were immediately evacuated to 92 base Hospital, Srinagar,” the statement added.

Major Sankalp Yadav, 29 years old, who was the co-pilot, succumbed to his injuries at 92 Base Hospital.

Yadav was commissioned in 2015 and was a resident of Jaipur, Rajasthan. He is survived by his father.

The Indian Army has initiated an investigation to find out what led to the crash.

''The injured pilot is critical and is presently in ICU at 92 Base Hospital. Events leading to the crash of the helicopter are being ascertained,” the spokesperson said.