Indian Air Force demonstrates its might, carries out mega exercise in Pokhran 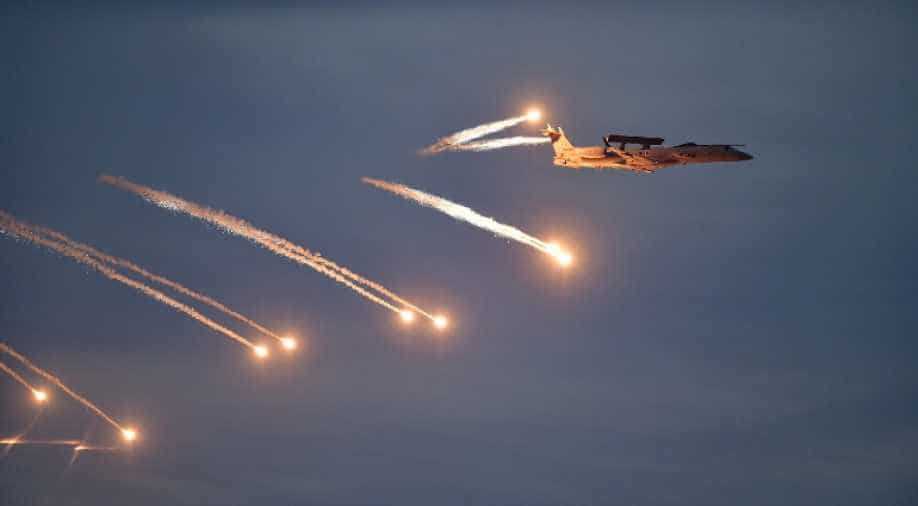 The Indian Air Force Saturday carried out a mega exercise here involving around 140 fighter jets and attack helicopters, in a firepower demonstration close to the border with Pakistan that came two days after the Pulwama attack.

Speaking at the inauguration of the day and night Vayu Shakti exercise, he, however, did not either mention Pakistan or the Pulwama attack.

"I wish to assure the nation of the IAF's capability and commitment in meeting national security challenges and defending the sovereignty of our country," he said.

Top IAF sources said though the Vayu Shakti was planned in advance, the drill was a demonstration of the force's capability to hit targets with "pinpoint accuracy" and carry out missions at short notice.

Forty CRPF personnel were killed in a suicide attack in Kashmir's Pulwama district by Pakistan-based terror group Jaish-e-Mohammed on Thursday. Prime Minister Narendra Modi said security forces have been given full freedom to retaliate against the attack. India has also said it will ensure "complete isolation" of Pakistan internationally for its support to terror groups.

"While wars are fought few and far between, we have an ever-present sub-conventional threat as the enemy knows it cannot defeat us in a conventional conflict," the IAF chief said, in a clear reference to Pakistan.

Fighter jets and helicopters hit targets during day and night. It was for the first time, the ALH and the Akash were deployed in a military exercise.