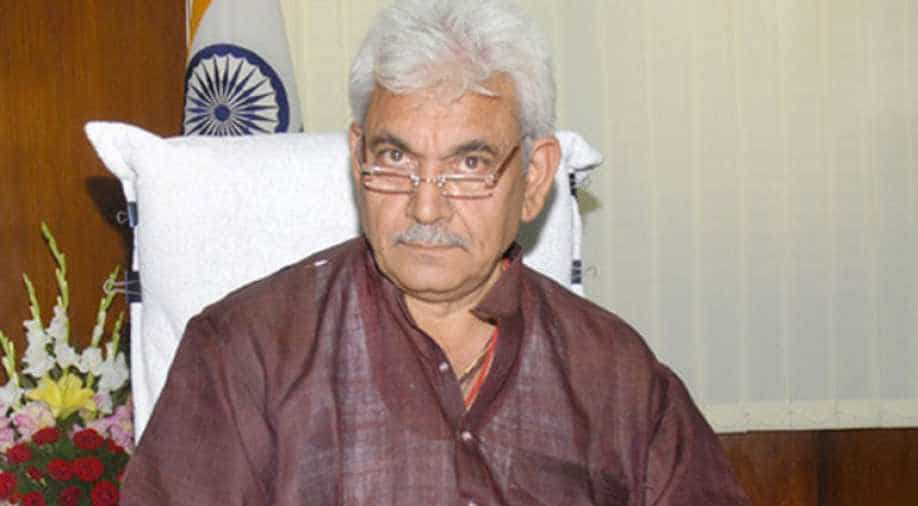 From 5G trials to resolving business issues of telecom operators, the government is working to connect all the dots to ensure that India does not miss the 5G services bus, telecom minister Manoj Sinha said.

"We missed 2G, 3G and 4G bus but we are not going to miss 5G bus. A lot of work has been done in our department regarding it both at government and at service providers level," Sinha told PTI in an interview.

Responding to query on existing financial stress in the sector, Sinha said the Cabinet will soon take a call on the recommendations of an inter-ministerial group (IMG) on revival of the sector. "Hopefully in the next cabinet meeting," Sinha said.

As part of relief measures for the debt-ridden telecom sector, the Telecom Commission has concurred with IMG recommendation to extend the time period for the payment of spectrum bought in auctions by operators to 16 years from the current 10 years and the regulator's recommendation that the ceiling on spectrum held by mobile operators within a particular band should be removed.

It suggested a 50 per cent cap on combined radiowave holding in efficient bands.

Global telecom operators including Vodafone raised issue of level-playing-field with internet based companies under net neutrality as they need to make return on their investment to expand networks and roll out next generation technology.

Sinha said that government has received recommendations from the Telecom Regulatory Authority of India (TRAI) and will soon come out with policy around it.

"As far as net neutrality is considered, Trai's recommendations are broadly similar to view of our department. It is under advance stages of discussion and we will soon come out with policy on net neutrality," Sinha said.

Talking about 5G readiness, the minister said that government is at advanced stages to set-up a test bed for 5G services at IIT Chennai and is open to allocate spectrum for trials to all entities including telecom operators for research and development of new technologies.

"Under Chairmanship of Telecom secretary (Aruna Sundararajan) we have constituted a high power committee. She is doing very good job. C-DoT has developed certain standards. BSNL is working in its own manner. Even private operators have made progress in this regard, specially Airtel and Reliance Jio," Sinha said.

For ease of doing business, the government has taken many progressive steps in this regard and within three months the entire process to obtain a licence will be made online.

"We are going to make entire licence process online. We don't want any human interface. Rules will be on our website and anyone eligible entity can come and apply through website. I don't want human interface in this. We will implement it in maximum one quarter," Sinha said.

He said that in the last three years, the government under the leadership of Prime Minister Narendra Modi has implemented reforms in the telecom sector including spectrum sharing, trading, simple network roll out rules and many of the issues of telecom operators will be addressed under the new telecom policy in the works.