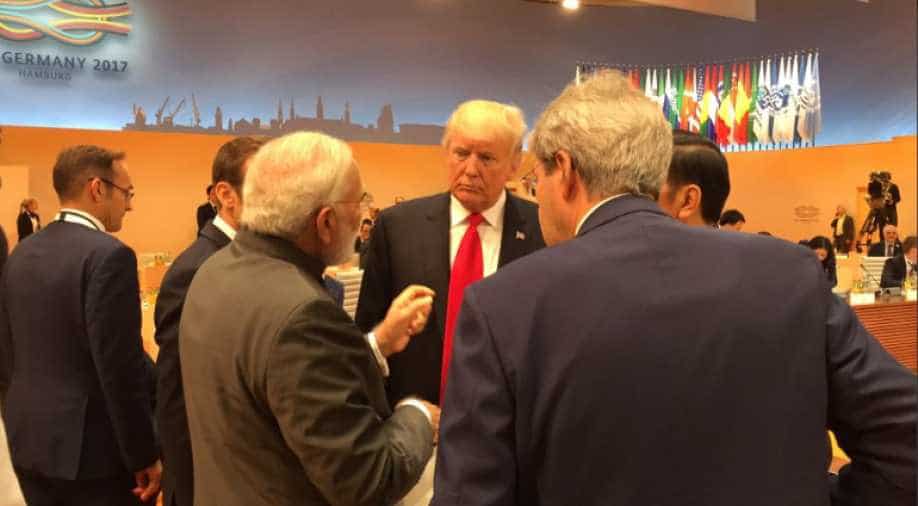 India and the United States are to hold talks here on July 12 aimed at resolving the recent trade tensions between the two countries against the backdrop of President Trump's remarks on high Indian trade tariffs.

India and the United States are to hold talks here on July 12 aimed at resolving the recent trade tensions between the two countries against the backdrop of President Trump's remarks on high Indian trade tariffs.

A team of US Trade Representative (USTR) will hold talks with senior officials of the Commerce ministry.

"On trade, Foreign Secretary (Vijay Gokhale) did mention in his briefing that the two sides will meet very soon. And I understand that ministry officials from the two sides are going to meet in the next couple of weeks," External Affairs Ministry spokesperson Raveesh Kumar told the media last Thursday.

This would be the first engagement between the two sides on trade issues after the meeting Prime Minister Narendra Modi had with US President Donald Trump in Osaka on the sidelines of the G20 summit.

The trade talks between the two countries slowed down after Washington rolled back the privileges that New Delhi was enjoying under their GSP or Generalised System of Preferences programme since June 5.

On its part, India had also imposed retaliatory tariffs on 25 American goods, less than two weeks after the Trump administration announced an end to the preferential trade treatment for India over the trade barriers.

On Tuesday, US President Donald Trump once again attacked New Delhi for imposing high import duties, saying that tariffs are "no longer acceptable".

India has long had a field day putting Tariffs on American products. No longer acceptable!

During US State Secretary Mike Pompeo's visit to New Delhi, India and the US had acknowledged there were issues between the two countries on trade and committed themselves to remove differences between them.

Speaking to the media after talks with the visiting US Secretary of State Mike Pompeo, External Affairs Minister S. Jaishankar said both the countries should take "constructive and pragmatic view" on the issues pertaining to trade between them.