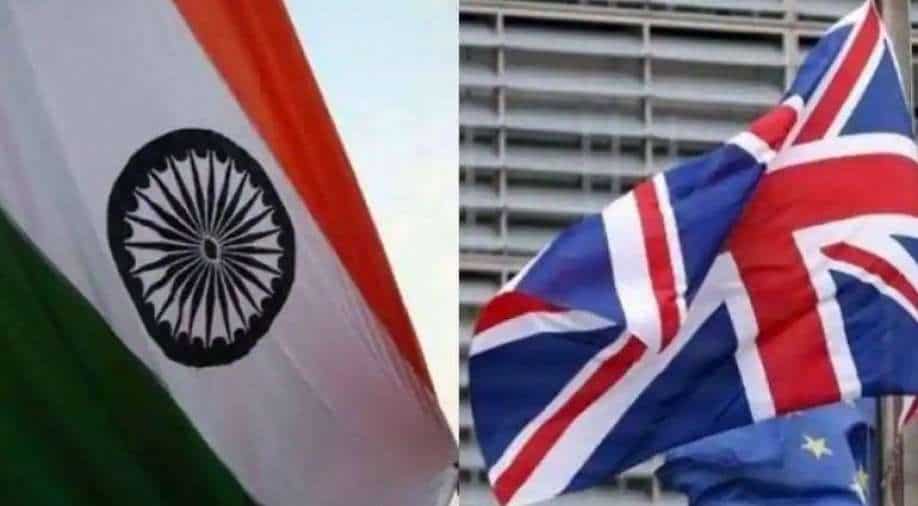 The summit happened at a time when External Affairs Minister Dr. S Jaishankar is in London to take part in the G7 foreign ministers' meet

Indian Prime Minister Narendra Modi and British PM Boris Johnson on Tuesday had a virtual summit that saw a slew of outcomes, including the launch of a trade partnership; an enhanced trade partnership that aims to double bilateral trade between the two countries by 2030.

Under the partnership, Sandeep Chakravorty Joint Secretary (Europe West) in the Ministry of External Affairs said, the aim is to "seize them and unlock the true potential" of trade and "to negotiate a comprehensive and balanced FTA including consideration of an Interim Trade Agreement for delivering early gains."

The summit happened at a time when External Affairs Minister Dr. S Jaishankar is in London to take part in the G7 foreign ministers' meet. Earlier today he signed the MoU on India-UK Migration and Mobility Partnership with UK Home Secretary Priti Patel.

The pact will allow 3,000 young Indian professionals the opportunity to work in the UK for a two-year period without being subject to labour market test while India will take back any of its citizens living illegally in the country.

During the talks that started at 5 pm IST, both leaders also discussed the extradition of economic offenders like Nirav Modi and Vijay Mallya. In response to a WION question, Sandeep Chakravorty said, "Yes they discussed the issue of the economic offender, PM said that economic offenders should be sent back to India for trial", elaborating, "PM Johnson said that he faced certain legal hurdles because of the nature of the criminal justice system in the UK but he was aware of it and they will do whatever possible to make that these people are extradited at the earliest".

Both Vijay Mallya and Nirav Modi have been given a go-ahead on extradition by the British government, but in case of Mallya, some formalities are still left. In the case of Nirav Modi, it is possible that he could further appeal in his case.

The summit saw both the leaders discuss a range of issues like the Indo-pacific, climate change. They agreed to strengthen defence and security ties, including in the maritime, counter-terrorism and cyberspace domains. The Indian PM Modi also thanked the British PM for the medical assistance sent by the UK in the backdrop of the Covid crisis that brought unimaginable devastation to the country. The UK was the first country to send assistance to India last week even as more support is expected to come.

Earlier today, the UK prime minister announced one billion pounds of India-UK trade deals, of which £240 million investment is by the Serum Institute of India into the country. The biggest vaccine manufacturer of the world will produce vaccines in the UK and also establish a new sales office in the country.

Australia to send repatriation flights for stranded citizens in India