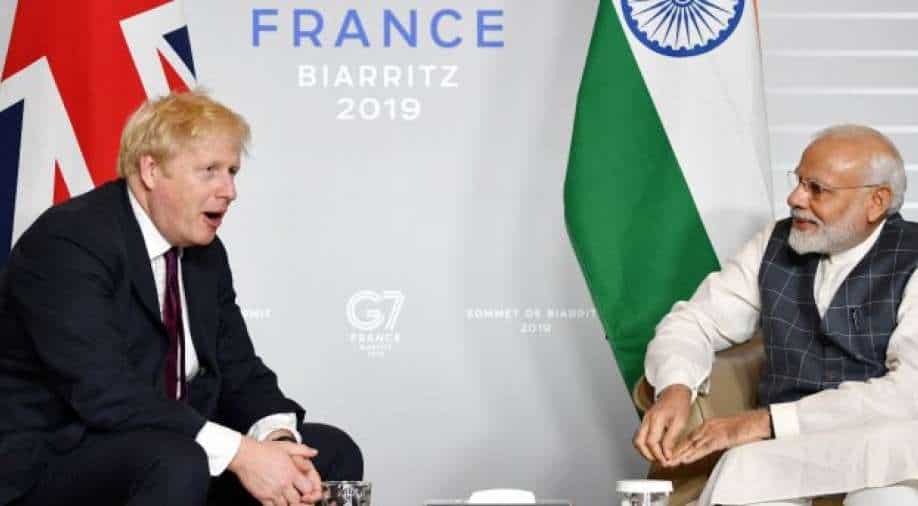 The investments confirmed by Downing Street on Monday evening form part of an Enhanced Trade Partnership (ETP), which the two leaders will formally sign off during their talks

The British government has finalised £1 billion ($1.4 billion) worth of trade and investment with India, creating over 6,500 jobs in Britain, ahead of the virtual summit between UK Prime Minister Boris Johnson and his Indian counterpart Narendra Modi on Tuesday.

The investments confirmed by Downing Street on Monday evening form part of an Enhanced Trade Partnership (ETP), which the two leaders will formally sign off during their talks.

The ETP will set the ambition to double the value of UK-India trade by 2030 and declare a shared intent to begin work towards a comprehensive Free Trade Agreement (FTA).

''Like every aspect of the UK-India relationship, the economic links between our countries make our people stronger and safer,'' said Johnson.

''Each and every one of the more than 6,500 jobs we have announced today will help families and communities build back from coronavirus and boost the British and Indian economies. In the decade ahead, with the help of (the) new partnership signed today and a comprehensive Free Trade Agreement, we will double the value of our trading partnership with India and take the relationship between our two countries to new highs,'' he said.

The trade and investment package unveiled by the British government contains over £533 million of new Indian investment into the UK, covering areas such as healthcare and technology.

This includes a GBP 240 million investment by the Serum Institute of India (SII) in the UK into its vaccine business and a new sales office in the country, expected to generate new business worth over $1 billion.

Serum Institute's investment will support clinical trials, research and development, and "possibly" manufacturing of vaccines, to help the UK and the world defeat the coronavirus pandemic and other deadly diseases, Downing Street said.

British businesses have also secured new export deals with India worth more than £446 million, which is expected to create more than 400 British jobs.

This export deal is worth £200 million and will result in the creation of 100 new jobs in the UK.

''With almost 1.4 billion people, India's population is bigger than the EU and US combined and by far the largest market the UK has committed to negotiating a trade deal with to date,'' Downing Street said.

The ETP agreed between India and the UK is said to create immediate opportunities for British businesses in India across industries including food and drink, life sciences and the service sector.

Non-tariff barriers on fruit and medical devices will be lowered, allowing British businesses to export more of their products to India and boosting UK growth and jobs.

It also commits both sides to addressing immediate market access barriers as well as continuing to seek further opportunities on the road to an FTA.

''The trade barriers addressed by the ETP include lifting restrictions to enable fruit producers across the UK to export British apples, pears and quince to India for the first time and improved access for medical devices through the acceptance of UK Certificates of Free Sale in India, removing the requirement for additional accreditation of UK medical devices when exporting to the Indian market before they can be sold.

There is also a commitment to deepening cooperation in educational services and concluding work on the recognition of UK higher education qualifications, which will encourage an increase in student flows, skills transfer and knowledge sharing between the UK and India.

It has also been agreed for both sides to work on removing barriers in the Indian legal services sector preventing UK lawyers from practising international and foreign law in India, a step that Downing Street could 'significantly increase' UK legal services exports and UK legal services imports from India.

According to official statistics, trade between the UK and India is already worth around £23 billion a year, supporting more than half a million jobs.
Last week, Johnson spoke to Indian business leaders from companies Infosys and HCL and the software majors are among the Indian firms listed as part of a series of investment deals, set to create 1,000 jobs each in the UK.

Some of the others on the list include the likes of biotech firm Global Gene Corp, TVS Motors and Goila Butter Chicken.

The UK companies clinching export deals with India include Morningside Pharmaceuticals with an R&D pact, Kloudpad with a data centres deal, BP in a partnership with Infosys, and GoZero Mobility with an e-bicycles deal.

COVID-19 cases may double in US as variant worse than Delta could be coming, says Fauci 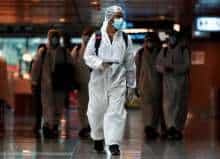 France moves to amber list along with few more countries