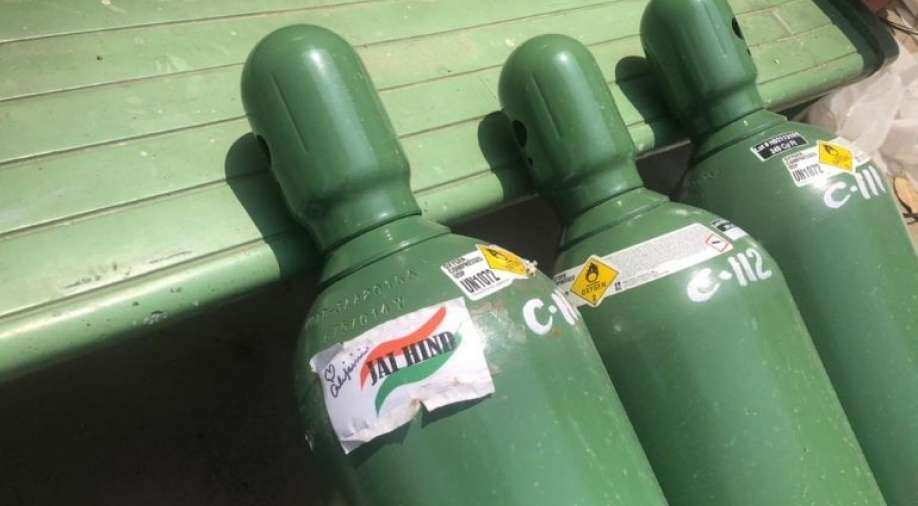 These men cheated those in need of Oxygen cylinders

Two men were arrested in separate incidents for allegedly duping people on the pretext of supplying oxygen cylinders for COVID-19 patients in the national capital, police said.

In the first case, Dheeraj Kumar Jangid (22) was arrested from his native place in Rajasthan fo duping people on the pretext of providing them oxygen cylinders.

To make easy money, he took advantage of the scarcity of oxygen cylinders in Delhi and planned to cheat those in need, they said.

With his arrest, two mobile phones were seized from his possession, police said.

The probe was initiated after a woman approached the police with her complaint on March 28 at Govindpuri police station and said that her mother was suffering from COVID-19. As her condition deteriorated, there was a need for oxygen cylinders.

According to the complainant, she came across an advertisement on social media for sale and delivery of oxygen cylinders. When she contacted the given number, she was asked by the accused to transfer Rs 13,000 in advance for two oxygen cylinders. After she made the payment, the delivery was not made in time, and when she called him repeatedly, she was blocked and her money was not refunded.

Deputy Commissioner of Police (Southeast) R P Meena said that based on electronic surveillance and analysis of Call Detail Records of the suspected persons, the police team obtained details of the account where the money was being transferred.

Later, the account holder was identified as Dheeraj Jangid, a resident of Sikar, Rajasthan. The team raided his native place and subsequently arrested him, he said.

The bank account of the accused was frozen, he added.

In the second case, a man identified as Manish Seth (52), a resident of Rohini, who works at a medicare company in Gurgaon was arrested by a team of Dwarka South police station after one of his victims approached the police with a complaint on May 8.

Deputy Commissioner of Police (Dwarka) Santosh Kumar Meena said that on the basis of technical surveillance of the accused, a raid was conducted at sector-9, Rohini and he was arrested.

The used SIM and mobile number containing the chats and payments proof were seized, he said.