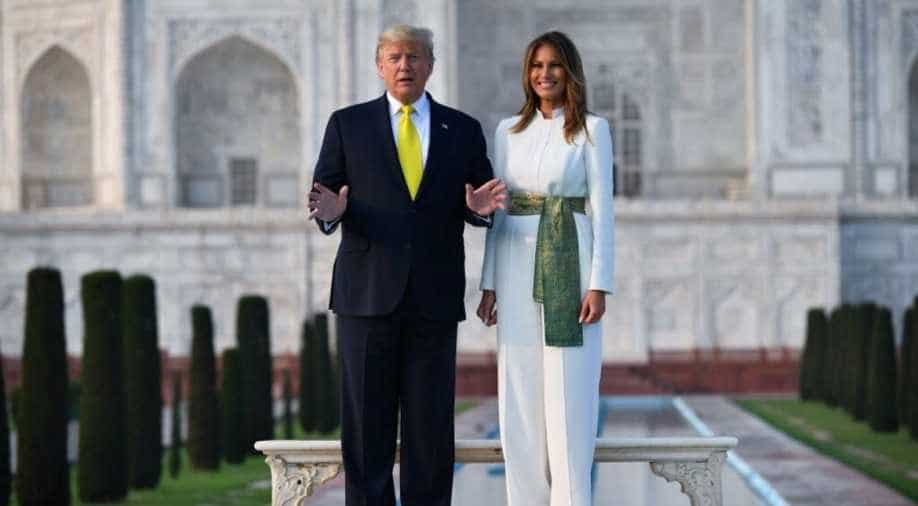 Donald Trump and his wife Melania have visited the Taj Mahal on the first day of their trip to India.

US First Lady Melania Trump on Thursday tweeted two pictures of her with US President Donald Trump facing the Taj Mahal in Agra.

Donald Trump and his wife Melania had visited the Taj Mahal on the first day of their trip to India.

In the video, Trump and Melania were seen walking hand in hand where a guide shared the insights of the 17th-century masterpiece.

"One of the Seven Wonders of the World, the breathtaking Taj Mahal!" she said.

One of the Seven Wonders of the World, the breathtaking Taj Mahal! pic.twitter.com/7Oz7h431Q0

US President Donald Trump had also expressed his pleasure after visiting Taj Mahal, one of the seven wonders of the world, by describing it a "timeless testament to the rich and diverse beauty of Indian culture".

Trump's daughter Ivanka and Jared also explored the beauty of the historic site and also posed for the cameras.

Uttar Pradesh CM Yogi Adityanath had presented a portrait of Taj Mahal to Trump and the first lady after they concluded their visit and departed for Delhi.

During the visit, India and the US on Tuesday finalised defence deals worth USD 3 billion under which 30 military helicopters will be procured from two American defence majors for Indian armed forces.

The deals will include procurement of 24 MH-60 Romeo helicopters by India from the US at USD 2.6 billion. Another contract to acquire six AH-64E Apache helicopters for USD 800 million from the US is also on the table.