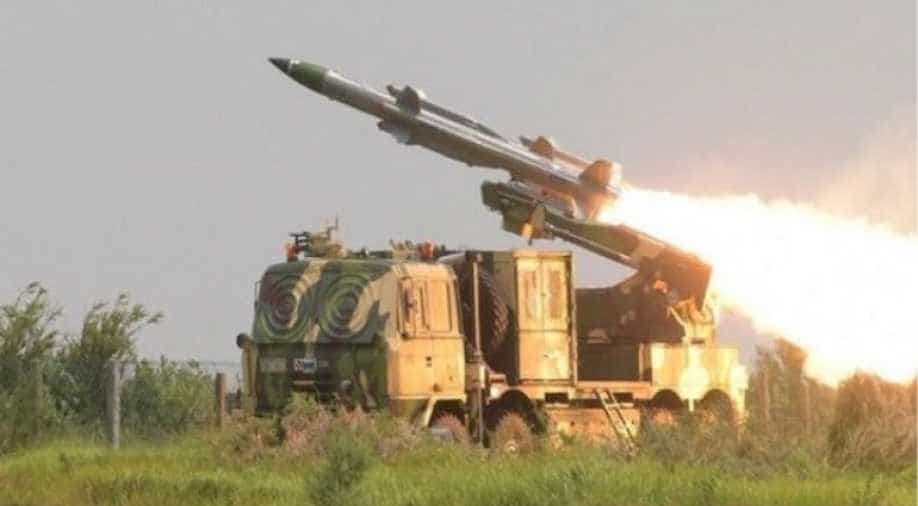 India's defence minister Rajnath Singh added that the sale of these weapons will also help to improve strategic relations with friendly foreign countries.

The Indian government on Wednesday approved the export of indigenously built Akash missile system. The sale of India's missile system was approved by the cabinet chaired by PM Modi.

"The export version of Akash will be different from the system currently deployed with Indian armed forces," defence minister Rajnath Sinh said, adding, "Akash is the country’s important missile with over 96 per cent indigenisation."

Under the #AtmaNirbharBharat, India is growing in its capabilities of manufacturing wide variety of Defence platforms & missiles.

The Cabinet chaired by PM @narendramodi ji today approved the export of Akash Missile System and a Committee for faster Approvals has been created.

Akash is a surface-to-air missile system with a range of 25 kms.

"This decision by the Cabinet would help the country to improve its defence products and make them globally competitive," India's defence minister said.

Rajnath Singh added that the sale of these weapons will also help to improve strategic relations with friendly foreign countries.

"After its induction in the Services, interest was shown in Akash missile by many friendly countries during International Exhibitions/Defence Expo/Aero India. The Cabinet approval will facilitate Indian manufactures to participate in RFI/RFP issued by various countries,” the defence ministry said in a statement.