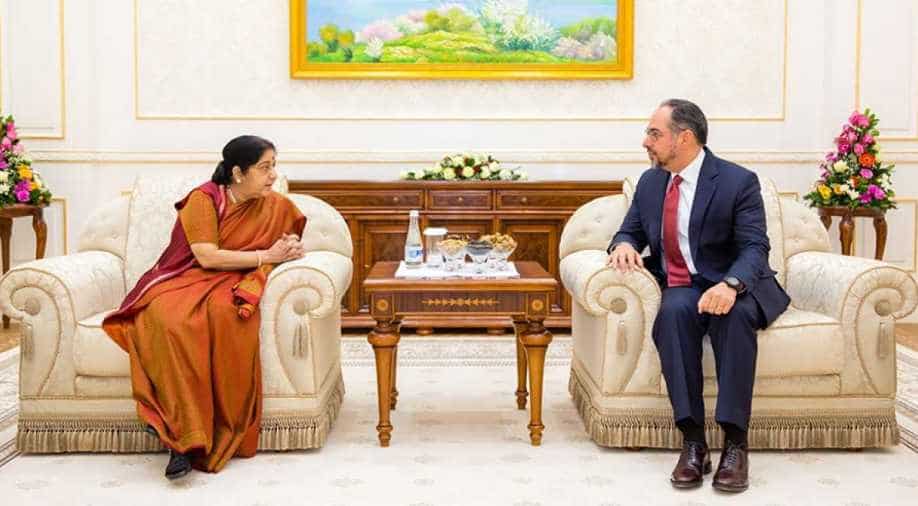 New Delhi said Pakistan should "first and foremost introspect its own role" and "responsibility in the precarious situation in Afghanistan".

India on Friday slammed Pakistan for its comments that India has no role in Afghanistan. A statement issued by ministry of external affairs (MEA) said, "It is not for Pakistan to decide as to what role another country has in regional or global affairs. Pakistan also cannot decide on behalf of an independent and sovereign country Afghanistan and dictate them as to how to conduct their foreign policy."

New Delhi said Pakistan should "first and foremost introspect its own role" and "responsibility in the precarious situation in Afghanistan".

In response to a question at weekly Pakistan foreign ministry briefing on Thursday, spokesman Dr Mohammad Faisal said, "India has no role in Afghanistan."

The development comes even as US special representative for Afghanistan Zalmay Khalilzad is in the region and visited India, Afghanistan, China and is currently in Pakistan. During Zalmay's visit to New Delhi, he met EAM Sushma Swaraj and Foreign Secretary Vijay Gokhale. India briefed Zalmay about the destabilising role Pakistan is playing in the region.

India has been a key development partner of Afghanistan since 2001 and has committed over 3 billion dollars to the country. The Afghan Parliament in Kabul and the India Afghanistan friendship dam in Herat was built with New Delhi's help. New Delhi is also connecting the landlocked country through the Chabahar port in Iram.